‘The Mosquito Coast’ — Apple’s thriller remake is a disappointing journey 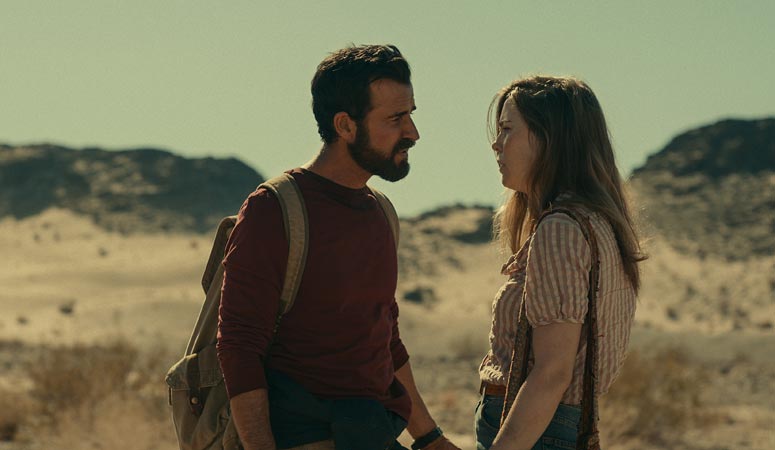 In the new fugitive thriller series The Mosquito Coast, Justin Theroux stars as Allie Fox, an off-the-grid handyman who forbids his family from using phones, screens or anything that can ping Google Maps.

Allie and his wife Margot are in hiding, though from who and why is never clear; not even to their two homeschooled teen children Dina and Charlie

Kids ask the darndest questions of course. Why can’t they have phones and socialize with others? Why can’t they see their grandparents? Why are they being uprooted from their Stockton, California, home while being chased by two NSA agents, entire police units and the Mexican cartel? Over seven episodes, Allie and Margot evade cops, criminals, wifi signals and their children’s inquiries, refusing to explain what they did to become America’s most wanted. These parents will trust their kids to break them out of police custody, but won’t fill them in on why they need to be broken out.

That the AppleTV+ show keeps the audience in the dark is baffling and frustrating to say the least. The series, created by Neil Cross, holds back basic intel for as long as possible, perhaps as a gambit to lure viewers to the next episode. But without much grasp of the characters or the stakes, tuning out is the more tempting choice.

The visuals are inviting though. It is a stunning-looking series, with beautiful vistas, loaded compositions and smartly directed action that tends to play out across different planes within the same frame. All that Apple money is up there on the screen to behold. If only they had better material to hang it on.

That the AppleTV+ show keeps the audience in the dark is baffling and frustrating to say the least. The series, created by Neil Cross, holds back basic intel for as long as possible, perhaps as a gambit to lure viewers to the next episode

Cross adapts – and stretches thin – elements from the 1981 novel authored by Justin’s uncle, the travel writer Paul Theroux. The novel, which was not about a family on the run, was already faithfully turned into the 1986 Peter Weir movie starring Harrison Ford. Ford plays Allie as a mad inventor who chastises American consumerism and imperialism while trying to build his own utopian community among natives in Central America. He’s basically the incompetent and uninspiring version of Apocalypse Now’s Colonel Kurtz. 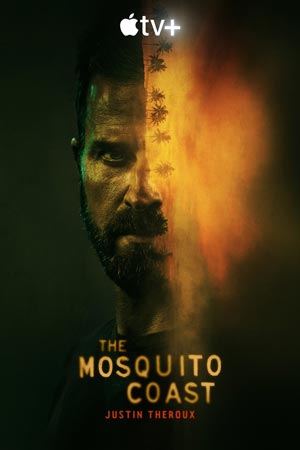 There are shades of Ford’s performance in Theroux’s Allie who is also pursuing a tropical off-the-radar hideaway. Bug-eyed with his beard hairs grown to the length of a scrub brush, he has a desperate car salesman charm as he too rants about consumerism and how a nation with a corrupt soul mistreats its most valuable resource: people. But over the course of his exceedingly unhinged adventure, Allie shows little regard for those he exploits and hurts along the way. In one scene, a smuggler helping the Fox family cross the border into Mexico yells the show’s thesis at Allie: “You are America, asshole!” There’s a self-awareness in that moment that feels disingenuous considering the rest of the series.

The Mosquito Coast occasionally wants you to take it seriously, complementing its action with bite-sized takes on the plight of vulnerable communities. Characters spit knowledge about illegal border crossings, enhanced interrogation techniques and the desperation of people escaping cartel violence and poverty for a chance at the American dream. A lot of bleeding-heart sentiments are expressed in a show where a white family traverse the hostile, corpse-ridden landscape from the US to Mexico like tourists in other people’s suffering. The series belongs in a category with Taylor Sheridan-penned thrillers like Sicario and Wind River.

Even as a basic, frothy and propulsive thriller, The Mosquito Coast tends to frustrate with senseless and illogical turns. Theroux’s character for instance is introduced in the pilot episode as resourceful, perceptive and fast-to-act as he evades a dragnet laid by authorities, anticipating everyone’s move. He can build a machine that turns fire into ice, rig phone towers to do his bidding and convince people to act against their best interests. But in a later episode, when facing a rather derivative and cartoonish drug cartel family, he comes off as thick and naive, because to keep the plot going that’s what the writing needs him to be.

The inconsistencies mount in a generally unconvincing series. But the cast is so much better than the material. Melissa George is a standout as the pained mother who often stays silent but says so much more with the tremors in her lips. The young Logan Polish is striking as Dina, the emotionally vulnerable teen whose eyes constantly scan and search as if trying to find something or someone that can make her feel secure, or at least tell her what’s going on.