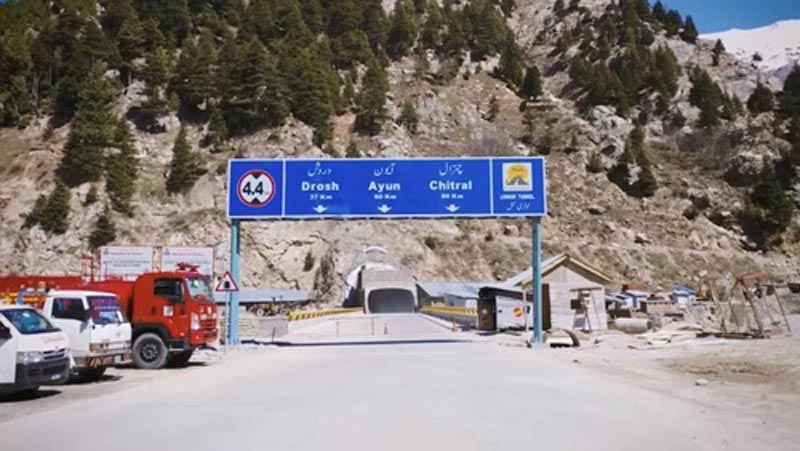 The 153-km-long Chitral-Shandur road will help boost trade activities, development and tourism in Chitral and Gilgit-Baltistan, accoding to a Gwadar Pro’s report.

The new alternate route of China-Pakistan Economic Corridor (CPEC) will minimize the burden of Karakoram highway. Prime Minister Imran Khan has formally inaugurated a multi-billion project to widen and reconstruct the Chitral-Shandur-Gilgit road. He said the project would not only help in the development of Chitral and Gilgit-Baltistan but would also open up scenic areas to national and international tourists.

The report added, the construction would be completed in four phases. The maximum width of the road presently is around 6 to 7 meters which will be extended to 30 meters. The project would cost about Rs17 billion.

The road starts from the town of Chitral and continues alongside the Chitral River to the north pole. It crosses the old chew bridge and goes along with a number of villages of lower Chitral. These villages include Denin, Moroi, Kari, Istangol, Baranis, Reshun, Zait, Kuragh, Charun, Junalikoch, Booni (across the river), Parwak and Mastuj. From Mastuj the road splits into two, continuing to the north pole to Yarkhun road which ends in the last valley of Broghil.

While taking the south pole, it takes the travelers through the valley of Laspur starting from the village Harchin, Gaht, Balim, Sor-Laspur and then Shandur Top which is also the polo ground situated at the highest altitude. From Shandur the road continues to enter the valley of Gilgit-Baltistan and the villages of Ghizer valley.