Pakistan has no control over Afghan Taliban: FO 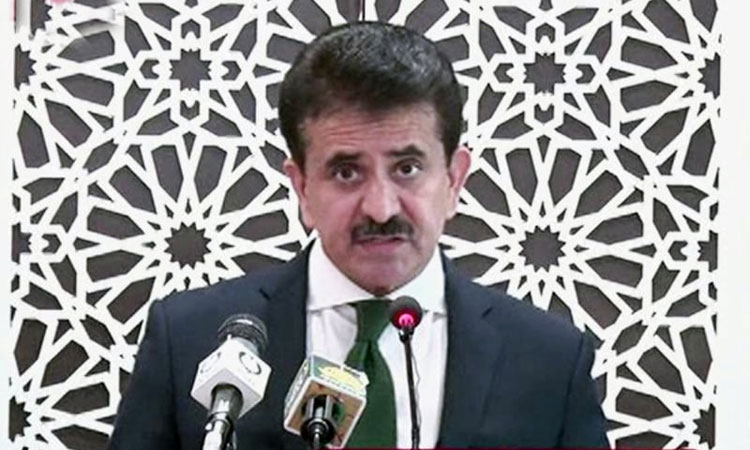 Pakistan on Thursday dismissed the notion that it has control over the Afghan Taliban but said it will encourage them to pursue the peace process to find out a political solution to the Afghan conflict.

“Pakistan has always maintained that it does not control the Taliban. We will continue encouraging them to remain engaged in the peace process leading to an inclusive, broad-based and comprehensive political settlement in Afghanistan,” Foreign Ministry spokesman Zahid Hafeez Chaudhry said at a weekly briefing here. He said Pakistan will continue to work with the international community in efforts for ensuring a durable and lasting peace in Afghanistan.

Asked about withdrawal of the foreign forces from Afghanistan, he said it has been Pakistan’s consistent policy to support an ‘orderly’ and ‘responsible’ withdrawal of foreign troops from Afghanistan, leaving no security vacuum that could be exploited by spoilers. “It is, therefore, important that the withdrawal coincides with the progress in the overall peace process,” he said, adding that Pakistan has also emphasized the need for continued support by all international stakeholders and concerted efforts by Afghan parties for a negotiated settlement to bring an end to over four decades long conflict in Afghanistan.

Talking about Pakistan’s role in the peace process, Chaudhry said Pakistan will continue to play a constructive role in this regard. “We believe that reduction of violence leading to ceasefire, reconstruction and economic development in post-conflict Afghanistan is also important for ensuring sustainable peace and stability.”

Regarding Pakistan’s engagement in the peace talks, he reiterated that Pakistan, in good faith, facilitated the Afghan peace process which culminated into the signing of US-Taliban peace agreement on February 29, 2020, the commencement of Intra-Afghan negotiations on September 12, 2020, and the agreement on rules and procedures between the Afghan parties in Doha on December 2, 2020.

To a question the spokesman said the transit of military equipment from Afghanistan through Pakistan can take place with mutual understanding and agreement.

Chaudhry said Pakistan’s defence capability has been accomplished and acknowledged, and being fully cognizant of security needs, it has been prepared to respond to any misadventure by the enemy. “Our response in the Balakot incident was a manifestation of the capability and preparedness of our armed forces and our national resolve to defeat ill designs of the enemy,” the spokesperson said in response to a question. Pakistan, he said, has never shied away from talks with India. “We have consistently maintained that there is a need for a ‘meaningful dialogue’ with India and peaceful resolution of all outstanding issues, including the core issue of the Jammu and Kashmir dispute,” he said.

As for the role of a third party, the spokesperson said Pakistan has always highlighted the importance of the international community’s role in averting risks to the regional peace and stability, and facilitating a lasting resolution to the Jammu and Kashmir dispute, in accordance with the United Nations Security Council’s resolutions, which call for a free and impartial plebiscite under the UN auspices.

He expressed concerns over the health and safety of incarcerated Kashmiri leaders, as well as other innocent Kashmiris, languishing in jails across India on trumped-up charges. He said the coronavirus situation in India has been worsening and most of the jails are overcrowded and do not have any provisions against the Covid-19.

“Reportedly, some of the Kashmiri leaders in Indian jails have already contracted the coronavirus. Unfortunately, they are not even provided any medical treatment,” the spokesperson said.

Given the worst pandemic situation in India, the Indian government must immediately release the incarcerated Kashmiri leadership and all innocent Kashmiris, he demanded. “We once again call upon the international community, particularly the United Nations, International Committee of the Red Cross (ICRC), and human rights organisations to take cognisance of this dire humanitarian situation,” he added.

Replying to a question, he said Pakistan has offered Covid relief support to India as a gesture of solidarity and is ready to immediately provide ventilators, Bi PAP (Bilevel Positive Airway Pressure), digital X-ray machines, PPE (personal protective equipment) and related items. “The offer was made to the Indian side through diplomatic channels and we await response from them. We wish the Indian people early relief and recovery,” he added.

Regarding the visit by Sikh Yatrees from India, he said the visit took place under Covid-related health safety protocols strictly in line with the guidelines provided by the National Command and Operations Centre (NCOC).

To a question regarding the recent statement of Saudi crown prince about peace with Iran, the spokesperson said, “We welcome Saudi Arabia’s initiative for peace with Iran. Pakistan enjoys good brotherly relations with both Iran and Saudi Arabia.” “Pakistan has always stressed the imperative of avoiding any conflict, underscored the importance of defusing tensions and stressed the need for resolution of differences and disputes through political and diplomatic means.” “We believe that the peace initiative announced by Saudi Crown Prince Mohammed bin Salman will lead to unity among the Muslim World,” he added. 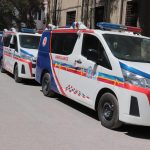