Govt calls back ambassador and six officers from KSA over complaints 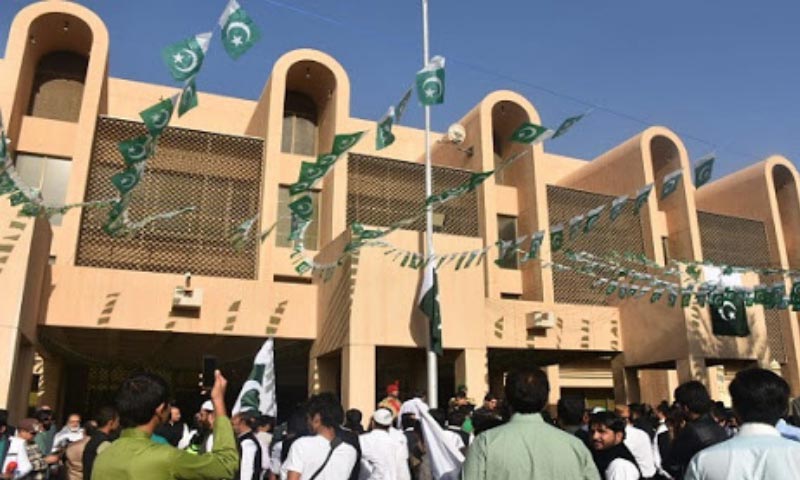 Pakistan’s ambassador to Saudi Arabia has returned back while orders have been issued to six other officers of the embassy in Riyadh to return over complaints by the Pakistani community in the kingdom, the Foreign Office said in a statement on Thursday.

The statement came as Prime Minister Imran Khan on Thursday said he had ordered a full-scale inquiry into the reports of mistreatment of overseas Pakistanis by the country’s embassy in Saudi Arabia. “On my directive, a high-powered investigation is underway to probe the Ambassador and staff on the complaints of mistreatment meted out to Pakistanis,” he said in his address at launch of Roshan Digital incentives for expats.

Imran Khan expressed strong displeasure of the reports of the embassy staff allegedly involved in minting money from Pakistani nationals. The maximum staff of the embassy has been recalled, he added. He warned of strict action against those held responsible for negligence. “It is the duty of foreign missions to extend best possible services to Pakistanis, particularly belonging to labourers and working class,” he said.

Imran Khan in particular acknowledged the services of labour class Pakistani nationals working abroad in tough conditions and sending their hard-earned money to their families back home. “These workers deserve our utmost respect and the government will not spare anyone behaving with them wrongly,” he added.

The FO statement said that Prime Minister Imran Khan had ordered an inquiry and his directions were being implemented. “A high-powered inquiry committee will look into the matter,” it added.

The six officers who were issued recall orders worked in the diplomatic, community welfare, and consular wings of the embassy, according to the FO.

“The government of Pakistan attaches high importance to the welfare of overseas Pakistanis. There is zero tolerance, whatsoever, for any lapse in public service delivery,” the statement said, adding that Foreign Minister Shah Mahmood Qureshi himself oversaw the working of all diplomatic missions, particularly with regards to the services being provided to the Pakistani community. “Pakistan’s missions, all across the world, have standing instructions to extend maximum facilitation to the Pakistani community in their respective jurisdictions.”

A statement issued by the Prime Minister’s Office said that the prime minister, “being cognisant of the complaints submitted to him by diaspora in Kingdom of Saudi Arabia and while expressing his displeasure on the performance, attitude and behaviour of officers posted in Pakistan’s embassy/consulates in Saudi Arabia, has taken a serious view of the situation.” The statement added that the premier had tasked the Prime Minister’s Inspection Commission to inquire into the matter and submit its report within 15 days.

The committee has been tasked with the following:

* Inefficiency in provision of services to overseas Pakistanis in KSA

* Extorting and fleecing our expatriate workers and overseas Pakistanis, causing delays on one pretext or another, resulting in extraction under duress

* Examination of existing complaint resolution mechanism, if any and failure to resolve problems of Pakistani community in KSA

* Implementation of Prime Minister’s directives, issued from time to time, to improve the quality and efficiency of service delivery

* Fixing responsibility on the officers responsible, directly and in a supervisory capacity

* Recommendations to improve the provision of services to overseas Pakistanis and expatriate workers based in KSA.

Besides, the statement said that the former Ambassador to KSA, Raja Ali Ijaz has been suspended, while all staff, who dealt with the public at the Pakistani embassy and consulates in KSA would be recalled and the process for their replacement initiated immediately.

Meanwhile, the new ambassador of Pakistan to KSA, Lt General (r) Bilal Akbar presented his credentials to the chief protocol officer at the KSA’s ministry of foreign affairs on Thursday, following which he assumed the charge.