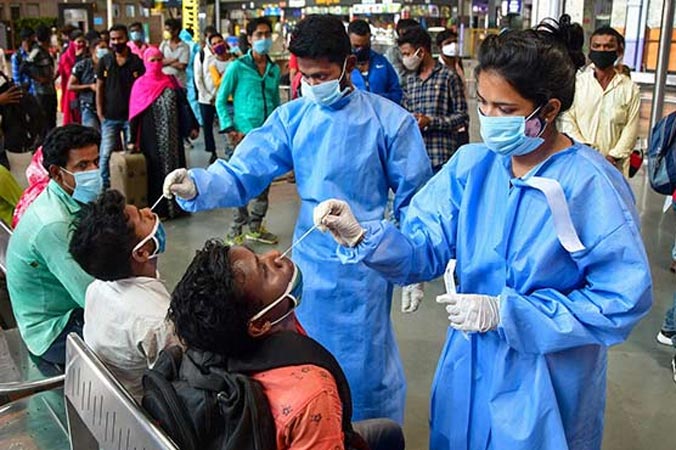 India’s coronavirus disaster deepened on Thursday with its daily death toll climbing above 3,600, as more international aid was flown in with the United States sending nearly one million test kits.

The United States and several European nations have started to ease restrictions this week following successful vaccination campaigns, but the pandemic continues to worsen in many parts of the world.

Among the most devastating of those waves is in India, where the death and infection rates have been rising exponentially throughout April.

On Thursday, India reported 3,645 deaths over the past 24 hours, while confirmed new cases were a global record at more than 379,000. The official numbers are widely believed to be far lower than the reality.

The pandemic has claimed at least 3.1 million lives around the world, with India accounting for more than 200,000 fatalities.

In many Indian cities, hospitals are running out of beds as relatives of the sick crowd outside pharmacies and suppliers for medicines and oxygen cylinders.

“We rushed to multiple hospitals, but were denied admission everywhere,” said the son of an 84-year-old woman who died at home this week after a desperate search for a hospital bed and oxygen in Kolkata, capital of West Bengal state.

The spiking body count has also overwhelmed crematoriums and graveyards, and caused a shortage of wood for funeral pyres.

The Indian government will open vaccinations to all adults from Saturday. It had previously limited shots to the over-45s and certain other groups.

Several states have warned, however, that they do not have sufficient vaccine stocks and the expanded rollout is threatened by administrative bickering, confusion over prices and technical glitches on the government’s digital vaccine platform.

Many nations have rushed to help India, including the United States which on Wednesday announced it was sending more than $100 million in supplies.

A first US military flight, carrying 960,000 rapid tests and 100,000 face masks for frontline health workers, was due to arrive on Thursday.

The World Health Organization has said the virus variant feared to be contributing to the catastrophe in India has now been found in more than a dozen countries.