It was a typical arranged setup: Sarah Khan 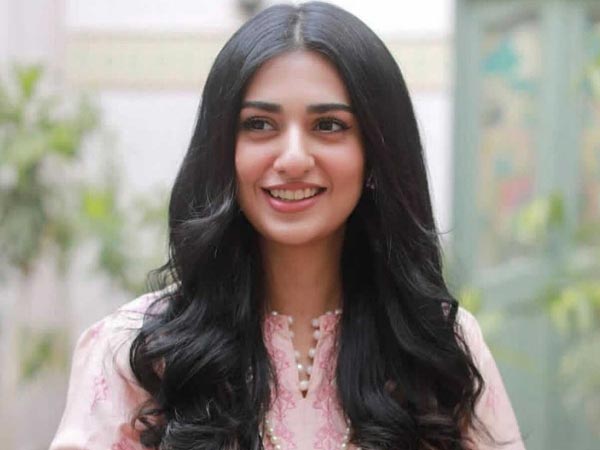 Sarah Khan has been married to singer Falak Shabir for about ten months and the two, who continue to serve as the resident ‘it couple’ of the country, were set up to marry in a typically arranged set-up, says Sarah herself.

Sitting down to talk with BBC Urdu, Sarah finally opened up about her love story with Falak, who has become the country’s favourite husband thanks to his love for her. “This was a very typical marriage that you see being set up by parents in normal households,” said the talented actor.

“There was no relationship, we hadn’t even met a lot of times,” relayed Sarah Khan, sharing how the two first met backstage at the Bridal Couture Week in Lahore. “My sisters were there with me and that’s where he proposed to marry me. I told him I don’t want to and we ignored it.”

After that, Falak went the traditional route and ended up asking Sarah’s father for her hand in marriage!

“He talked to my father, and then whatever happened was decided by him and who can make a better decision for you than your parents? And he proved that too!” she gushed.

The demure Sarah Khan couldn’t help herself from gushing about her loving husband then, adding, “I am very happy with Falak and he’s very nice.”

She also opened up about their decision to share their wedding with their fans in its entirety. “We shared our wedding with those who love us, and we want to share all our good moments with them,” she said.

“We share what we want to We tend to always highlight the negative side of men, but I want people to see that there are men like Falak too who love their wives this much,” explained the Tumhare Hain actor.