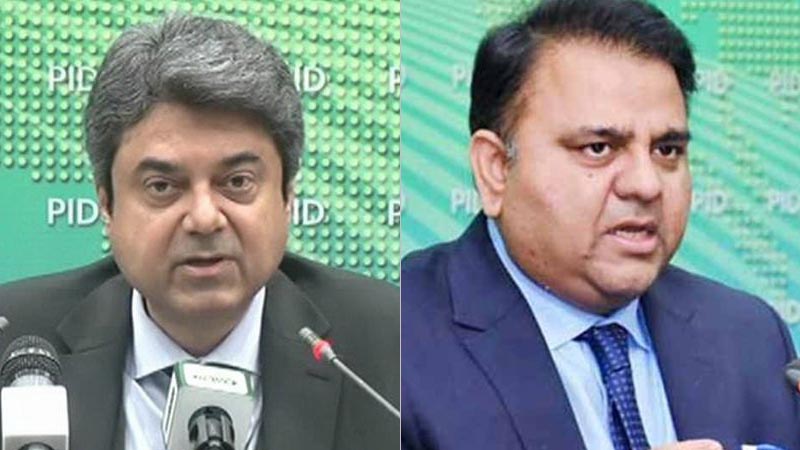 According to the notice dated April 28, Memon appeared on a TV show on Tuesday night where he passed completely untrue and libelous defamatory statements accusing the premier’s adviser of pressurizing him (Memon) to file a case against a judge of the Supreme Court. The notice said Shahzad, an honest and law abiding citizen appointed by the president on the basis of a distinguished professional career in law and human rights, never pressurized Memon to use FIA to harass or victimize him (judge)or any other individual. “You being a former police officer ought to have known that raising imputation without any evidence or factual basis, fabricating or twisting facts to narrate a completely untrue and misleading account is a criminal offence,” the notice said, adding that the defamatory statement is a part of hateful media campaign launched at the behest of those criminal and corrupt elements the incumbent government is trying to investigate and prosecute in a completely transparent, fair and neutral manner through a judicious forum.

The notice said the slanderous allegations have damaged the reputation of Shahzad Akbar, and that Memon should pay Rs 500 million for damaging reputation of the advisor and Rs 2 million as legal fee. “You are liable to make good all losses caused to the advisor to the prime minister – in case you do not retract your false defamatory statement – issue an unconditional apology within the next 14 days through media – in case of failure legal proceedings will be initiated against you, the notice said.

Law Minister Farogh Naseem denied allegations made by former director general of the FIA Bashir Memon. The law minister via Twitter refuted the ‘baseless allegations’ levelled by Memon as ‘complete nonsense’. “I have never discussed any issue regarding Justice Isa with Memon. Azam Khan, Shahzad Akbar and Memon have never come to my office together,” he said. “Azam Khan has only come to my office once and that was all by himself only to discuss legal reforms,” he further said. “PM Imran, Azam Khan or Shahzad Akbar have never ever stated to me that they have discussed anything with Memon about Justice Isa,” he added.

Shehzad Akbar also refuted claims of any such meeting about Justice Isa, calling the allegations ‘rubbish’. “He was never called for any meeting with PM or myself on Justice Qazi Faez Isa issue, and there was no meeting with the law minister and him as he claims. Similarly, he was never told to start any case against any specific individual,” he said. “Only case referred to FIA was of sedition by the federal cabinet,” he added.

Speaking to a private TV channel a day earlier, Memon had said that he was first called to the Prime Minister’s Office where the premier told him he was “a very good officer” and to “have strength”. “At the time, I was not aware of the nature of the case and whom I was to proceed against [and] that it would concern a judge of the apex court.” He said that he was taken to Shahzad Akbar’s office where it was revealed he was to proceed against Justice Isa. Later, he also allegedly visited the law minister’s office. “Naseem was also convinced that a case should be made against Justice Isa and asked me to play a role,” he had claimed.

On Wednesday, Pakistan People’s Party (PPP) central leader Aitzaz Ahsan said that former FIA DG Bashir Memon has made startling revelations and if those are analyzed, more issues may come to the light. He said that if PML-N considers Bashir Memon’s statements as true, they should file a case. “PML-N should go to court immediately on the issue,” he told a private TV channel.

Aitzaz Ahsan said that Bashir Memon used to oppose Asif Zardari and Faryal Talpur and he used to speak against them in courts.