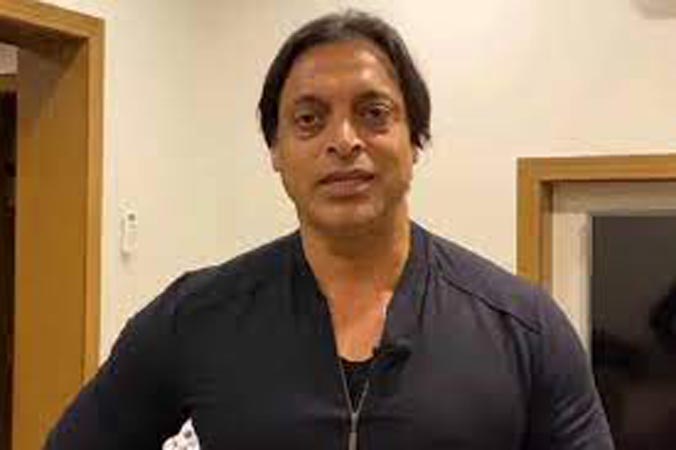 ISLAMABAD: Former Pakistan cricketer Shoaib Akhtar has laid out his reaction to the ongoing coronavirus situation in both India and Pakistan. The ‘Rawalpindi Express’ has, in fact, appealed to both the nations’ cricket boards to not held Indian Premier League (IPL) and Pakistan Super League (PSL) amidst the COVID-19 pandemic. Notably, the ongoing 2021 edition of the IPL started on April 9, and 21 matches have already taken place in the competition. On the other hand, PSL 2021 began in February early this year, but after 14 games, it was postponed as quite a few franchise members tested positive for COVID-19. However, the tournament is expected to resume again on June 1, post the completion of IPL on May 30.

“BCCI & PCB should both rethink if this is a good time to continue the IPL or restart the PSL. Things are tough,” tweeted Akhtar while sharing a clip of his YouTube vlog. In the vlog, Akhtar asserted that if SOPs can not be implemented strictly, then IPL 2021 should be stopped immediately. He added that the same principle should be followed for PSL, and it should also not take place in June.

“India is burning, and it is facing a devastating situation. If they can’t continue without strict SOPs, then IPL needs to be stopped. I’m not saying this because PSL was postponed. I feel PSL shouldn’t take place in June as well,” said Akhtar. The 45-year-old urged that the money spent on IPL and PSL can be used to buy oxygen tanks as saving people’s lives is much more important than scheduling the cricket tournaments. “We do not want cricket, we do not want entertainment at this time. We right now want people to be saved in India and Pakistan. The money spent on these leagues can be better used to buy oxygen tanks. That can save people from dying. I’m saying this because human lives are at stake,” added the former Kolkata Knight Riders player.

Akhtar also requested the Pakistan government to impose 10-15 days of curfew in order to stop the spread of coronavirus in the country. “Pakistan is right on edge, and there is only 10 per cent oxygen capacity left. People are not following SOPs. I strongly appeal to the government to impose a curfew for the last 10-15 days [of Ramadan] as we do not follow SOPs,” Akhtar added further.