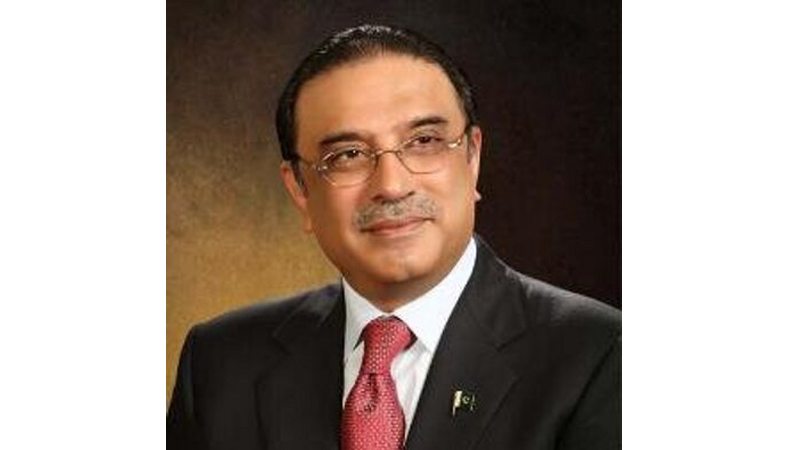 The National Accountability Bureau (NAB) has filed another reference in the ongoing fake accounts inquiry against former president Asif Ali Zardari, accusing him of corruption of more than Rs 8 billion, a private TV channel reported.

The reference has been filed at an accountability court in Islamabad in which Zardari and his stenographer Mushtaq Ahmed have been named as the accused. According to the reference, an illegal transaction of Rs 8.3 billion was carried out via Mushtaq Ahmed’s bank account with the money paid to a private housing society in Karachi to purchase properties. The reference states that the properties belong to Zardari.

The accused named in the reference, Mushtaq Ahmed, worked as a government employee from 2009 to 2013 in the President House. He was recruited as a stenographer at the request of Senator Rukhsana Bangash. Mushtaq, who is currently said to be in London, remained at the centre of the fake accounts JIT investigation, officials familiar with the probe said.

A third accused in the case, Zain Malik, has already signed a plea bargain with the NAB and deposited around Rs 9 billion to the national exchequer.

Investigators believe that Mushtaq Ahmed, who has been serving Zardari for 15 years, fled the country on April 3, 2015, via Karachi’s Jinnah International Airport to Dubai, as he came under the radar of the authorities for possession of a large amount of assets. Mushtaq never filed his annual returns with the Federal Board of Revenue (FBR), according to the investigation. Immigration records of both Zardari and Mushtaq suggest that they went on around 104 trips abroad together in the last 10 years. The last time Zardari and Mushtaq travelled together was on February 25, 2015, to the United Arab Emirates, the investigation revealed further.

Mustafa Nawaz Khokhar, who is the spokesman of PPP chairman Bilawal Bhutto-Zardari, said the party’s legal team – headed by Farooq H Naek – is pleading the fake accounts case. “The matter is under investigation and the party has also been facing cases in the past, so it will continue to face them now as well,” Khokhar said. “We have been emerging triumphant against the courts,” he added.

Meanwhile, the NAB has summoned former commerce secretary Younus Dhaga on April 28 in the ongoing sugar scandal probe. The former secretary has been directed to appear before the Rawalpindi office.

The anti-graft watchdog has decided to include Younus Dagha in the investigation regarding export of sugar and has directed the former secretary to bring minutes of all inter-ministerial meetings. The bureau has also asked him to bring all record about how prices for international and local sugar markets were determined.

Separately, a local court on Tuesday extended the stay order in Sharif family’s Raiwind residence land case till May 6. The court again issued notices to the respondents after they failed to file their response. The court directed them to file their reply till the next date of hearing.

Civil Judge Faheem-ul-Hassan heard the suit filed by Yousaf Abbas and three other children of Abbas Sharif, the late brother of former prime minister Nawaz Sharif. The court had maintained the status quo on residence of Sharif family in Raiwind at the last hearing, after recording initial arguments of the counsel for plaintiffs.