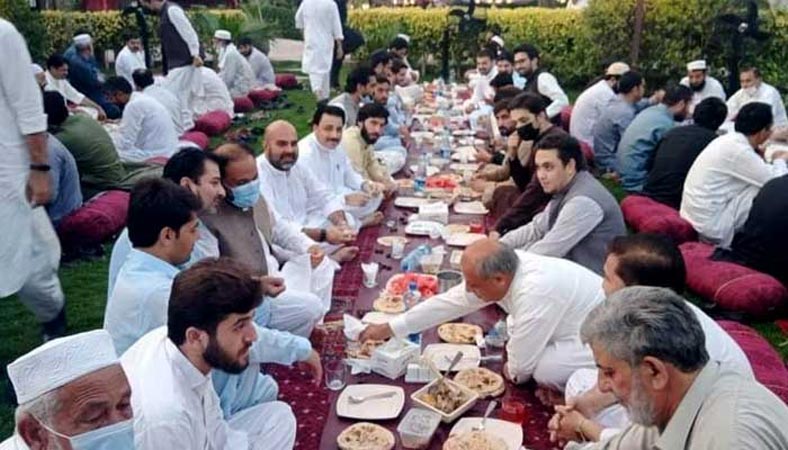 Khyber Pakhtunkhwa (KP) Health Minister Taimur Khan Jhagra has been booked for violating Covid-19 protocols after he attended an Iftar dinner in his constituency at a restaurant, a private TV channel reported on Tuesday.

Jhagra attended an Iftar dinner at a restaurant in his constituency despite government restrictions to control the virus spread in the province. Most of the attendees, including the health minister, did not wear masks and were found violating social distancing rules.

A case has been registered against the KP minister for violating SOPs, in which the hotel manager and owner have also been named. The restaurant has also been sealed after photos of the Iftar dinner went viral on social media. Assistant Commissioner Matni, Peshawar asked the FIR to be registered against the minister, and the owner and manager of the restaurant for flouting Covid-19 SOPs, and ordered action against them.

According to the manager, they had told the minister that serving food inside the restaurant was prohibited. The administration further stated that as per the restaurant’s manager, the attendees brought food with them and organised the gathering. The authority said it has communicated to the police about the action to be taken against the accused.

Making it clear that no one is above the law, the district administration said that indiscriminate action is being taken against any violation of conduct in the province.