The Supreme Court on Tuesday directed the Federal Investigation Agency (FIA) to sack its 53 employees with immediate effect.A three-member SC bench comprising Chief Justice Gulzar Ahmed, Justice Ijaz Ul Ahsan and Justice Sayyed Mazahar Ali Akbar Naqvi heard the contempt of court case against the FIA over unlawful appointments in the agency and non-implementation of its orders. During the course of proceedings, Justice Ijaz Ul Ahsan said the apex court in 2001 had issued three directions for the recruitment of all employees. The chief justice said according to the court order, the appointments were to be made through the Public Service Commission, but the report submitted by the FIA director general revealed that it did not follow the rule and made appointments without conducting competition exam and interview. The counsel for the FIA said four employees had already died while the three had passed the competition exam. The chief justice said the top court’s judgment could not be overruled by the High Court. The employees approached other courts after the Supreme Court verdict, he added. 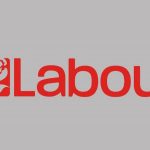