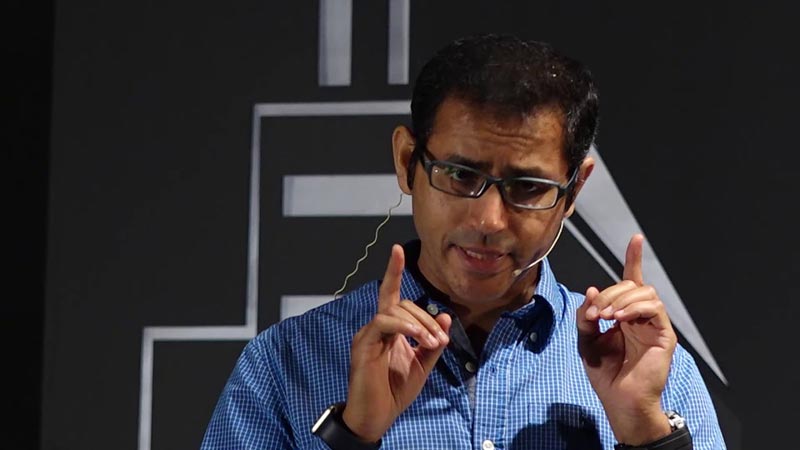 “On a cool April morning, moments after the muezzin walks, sleep-drunk, to Mughalpura Mosque and before the discounted holometre at Lahore’s Abdus Salam Quantum Centre starts beeping, the City flickers at the edge of a Florida wetland, and wanders into Lahore.”

These opening lines are from the second story ‘The Wandering City’, which is part of Midnight Doorways: Fables from Pakistan by Usman T. Malik. The story becomes intriguing and exciting with each sentence. The same can be said for the rest of the stories in this anthology.

Usman T Malik, an award-winning Pakistani author, needs no introduction. He displays a firm grip when writing speculative fiction. His stories in Midnight Doorways present another dimension to our society that takes the readers through his corridors of creative thoughts. Malik’s latest book is not just a collection of stories but a testament to his creative prowess, ingenuity, and his ability to sculpt characters and stories with words that make an impact. Writers need to present their characters with vigour and enthusiasm. Malik does so with an added magical intrepidity. He creates such sentences that compel you to keep reading and in some instances, re-read the sentence for it is structured with the utmost simplicity yet has a profound influence.

With minimalism in words and exuberance in thought, Malik’s stories in Midnight Doorways seem to be related to the readers. We can relate ourselves to the events transpiring in these stories or can connect with the character’s experiences. Perhaps it is how Malik structures his stories that all events – plots and sub-plots – seem to fall in perfect balance.

With minimalism in words and exuberance in thought, Malik’s stories in Midnight Doorways seem to be related to the readers. We can relate ourselves to the events transpiring in these stories or can connect with the character’s experiences

Each story in Midnight Doorways is a world of its own. The readers seem to move from one alternate universe to the next. These stories are filled with emotions, enveloped with action, and merged with curiosity. In these stories, the readers are compelled to question the characters’ next action. They are inquisitive to know what will happen next and wonder about the next plot twist; and the climax that follows until the conclusion. The end of one story is the beginning of the next and the cycle goes on as the reader is swept through an enthralling ride of emotions. 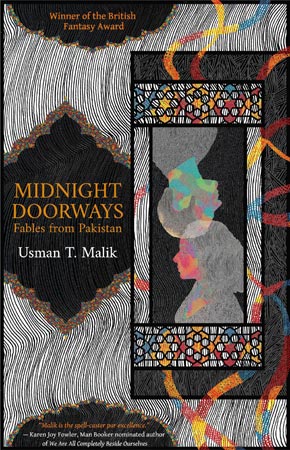 Whether it is the Shakarkandi Vendor in ‘Ishq’, Hakim Shafi in ‘Dead Lovers On Each Blade, Hung’, Bibi Soraiya in ‘The Fortune of Sparrows’, or Noor and Tabinda in ‘In the Ruins of Mohenjo-Daro’, Malik’s characters are a blend of emotions exhibited by humans, and reveal a persona as revealed by our varying personalities. ‘The Vaporization Enthalpy of a Peculiar Pakistani Family’ is an emotional-filled story that reminisces the tragic incident of December 16, 2014, when a school was attacked in Peshawar. The darkness of evil enveloping this story creates a mark on the readers’ thoughts as they are sent into a deep state of introspection.

Malik’s plots, narrative, description, and the language he uses in Midnight Doorways blend to form an assortment of sentiments that will transcend cultural boundaries and influence readers in Pakistan and the world. He carves various worlds in each story that are indeed doorways to a different dimension.