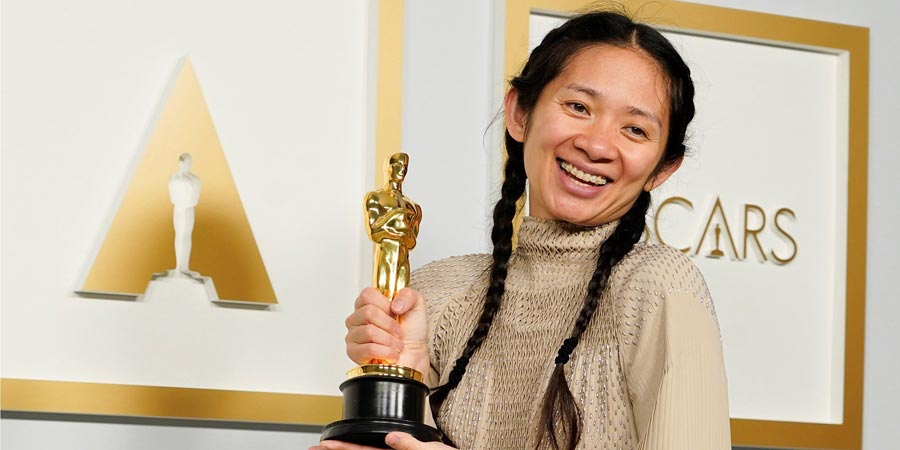 For Kathy Wardell, a 56-year-old who decided to live full-time in her camper RV beginning in October, the lifestyle depicted in “Nomadland” – which won three Oscars on Sunday – is familiar territory.

Like the film’s heroine Fern, she experienced personal and professional hardships over a number of years that drove her to finally make the decision to live on the open road. “My life was just starting to fall apart — my career, marriage, my mom’s illness and eventual passing,” Wardell told AFP over Oscars weekend at the semi-rural Ramblin Pines campground in Woodbine, Maryland. Wardell was attending a rally held by the Mid-Atlantic chapter of a national organization called RVing Women which counts more than 2,300 members, some of whom live in their campers full-time but many of whom reside in them for months or simply weekends out of the year.

More than 30 of the chapter’s over-200 members, generally 50 years and older, had gathered for the weekend in their assorted van and trailer campers, in the large and winding RV park. In “Nomadland,” Fern, played by Frances McDormand who won an Oscar for the role, navigates the American West living in a van and connecting with other older van-dwellers after the death of her husband and loss of her job during the Great Recession. Seated in a folding camp chair by a fire surrounded by the group of other female RV enthusiasts, Wardell – who is upbeat about her new life and future – said that she “could relate in some ways” to the film.

“Nomadland,” which won best picture on Sunday, was an opportunity to shed light on issues surrounding “income inequality, which leads to being houseless,” said Linda Cosme, a 66-year-old attorney who attended the rally. She hoped viewers would also take into account how divorce or death of a spouse late in life not only causes crippling heartbreak but can sometimes “also cripple women financially.”

According to Lee Ensor, the Mid-Atlantic chapter’s membership coordinator, 50 percent of the organization’s overall members are solo travelers — women plying the vast US highway system without a spouse or other companion.

“That has increased… Women are retiring now and they’re ready to roll,” the 80-year-old said.

Loretta Veney, 62, joined RVing Women within weeks of her husband’s death by stroke in 2016, which occurred while the couple was camping with their 38-foot travel trailer in New York state. 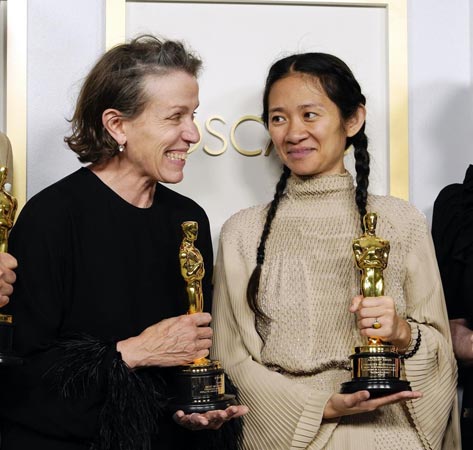 She vowed to her husband to continue camping and has since downgraded to a 24-foot model which she named “Joy.”

“I was still able to go and keep my promise to him and not stress about being alone,” said Veney, who lives in Maryland, and uses her RV for trips.

“I think a lot of us here have talked about safety,” Veney said, which, as an African-American female, was a concern that she said gave her “a lot in common” with the group’s multiple gay women. Whereas “Nomadland” featured women living in often rickety vans, the price of an RV, which stretches from tens of thousands of dollars to six figures, means their inhabitants do not necessarily live on the margins of society.

Kathy Healy, the chapter’s president, said that one of the best features she has seen in an RV was heated floors, and lamented the absence of a member whose camper included “Amish-made furniture.”

Her RV, “The Beast,” which she shares with her wife when they are on the road, includes an entertainment system. There was a “dismal heaviness” to the pain portrayed in “Nomadland” said Cosme, the attorney, who suggested a sequel in which Fern is “fully actualized as a human being, and being actualized, she finds joy and contentment.”

That may not happen anytime soon, with Chloe Zhao having recently jumped from independent filmmaking to helming Marvel Comic’s forthcoming “Eternals.” So it is up to the RVing women to write the next chapter on the road. Wardell heads next to Colorado, South Dakota, Idaho and the Pacific Northwest for upcoming rallies.

Her first six months in her camper, which she named “Howy” for “House on Wheels, Yay” have left her “mostly fulfilled” and brought a sense of “joy and renewed life” as she travelled across the US Southeast.

“I’ve owned a home before and I loved it at the time, but I don’t want to be burdened with those kinds of things anymore,” she said. “I want to enjoy my life.”