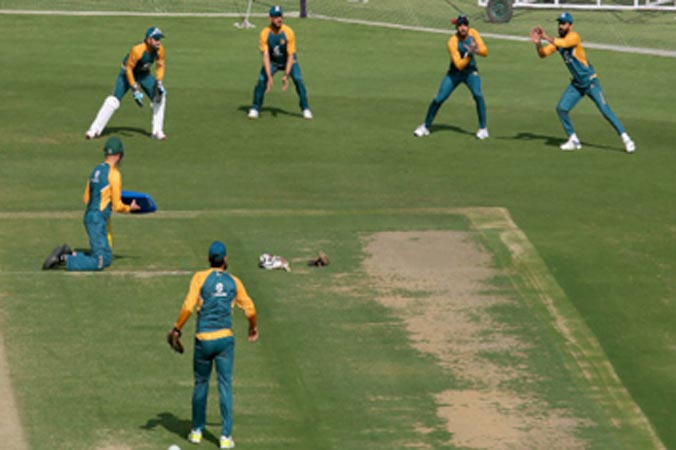 LAHORE: The Pakistan Test squad started their training in Harare on Monday after the green-shirts won the T20I series against Zimbabwe. The members of the Pakistan Test squad have gathered in Harare after the T20 series win against Zimbabwe. The T20 squad members are leaving for home on Tuesday (today). Eleven members of the Test squad from Pakistan arrived in Zimbabwe on April 21. They joined the rest of the squad after getting tested for COVID-19 and a five-day isolation period.

The cricketers were, meanwhile, training separately. A series of two Test matches will be played between Pakistan and Zimbabwe, with the first Test starting from April 29. This will mark the first instance of the two sides facing off in the pinnacle format of the game since September 2013. This was also Pakistan’s last Test on Zimbabwean soil. According to a PCB statement, the two Tests will start at 12:30pm. The second Test will commence on 7 May. Pakistan are the first men’s international cricket side to play in Zimbabwe in the post-COVID-19 era.

Since the outbreak of the COVID-19 pandemic, the Pakistan have toured England and New Zealand, besides hosting Zimbabwe and South Africa. Pakistan Shaheens also toured New Zealand alongside the men’s side, while the women’s sides visited South Africa and Zimbabwe, the tour that was curtailed due to suspension in flight operations. Next month, the Pakistan U19 squad will tour Bangladesh for a four-day and five 50-over-side matches. Zimbabwe last hosted an international series – a two-Test series against Sri Lanka – in January 2020.