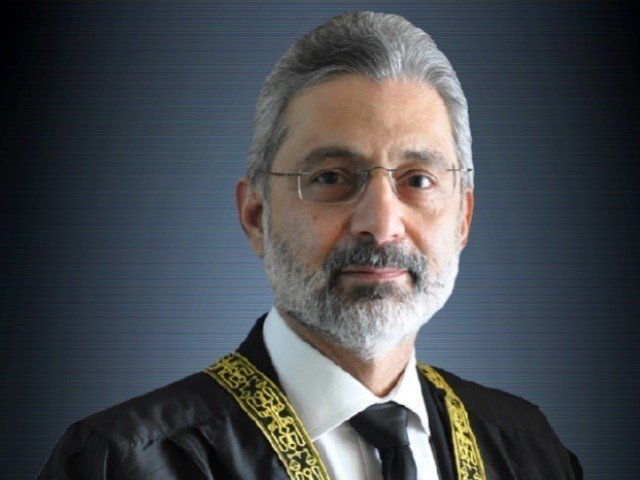 The Supreme Court on Monday accepted Justice Qazi Faez Isa’s review petitions in which he has challenged the court’s verdict in the presidential reference against him.

On June 19, 2020, seven judges of a 10-judge bench had quashed a presidential reference against Justice Isa but also ordered the Federal Board of Revenue (FBR) to conduct an inquiry into the judge’s family members’ foreign assets and submit a report to the Supreme Judicial Council (SJC).

The court concluded its proceedings on Justice Qazi Faez Isa, his wife Sarina Isa and superior bars review petitions against the June 19 order wherein the matter was referred to the Federal Board of Revenue (FBR) to probe properties of Justice Isa’s family members.

The court’s short order stated that “Multiple review petitions challenging the earlier verdict were accepted by a majority vote of 6-4. However, the individual petition filed by Justice Qazi Faiz Isa himself (Civil Review Petition No.296 of 2020 titled Justice Qazi Faez Isa vs The President of Pakistan & others) was approved by five judges and dismissed by the other five members of the bench.” “Directions contained in paras 4 to 11 in the impugned short order dated 19.06.2020 … along with supporting detailed reasons given in the majority judgment of the same date are recalled and set aside. All the subsequent proceedings, actions, orders, information and reports in pursuance of the directions contained in the short order dated 19.6.2020 and the detailed reasons thereof, are declared to be illegal and without any legal effect,” it added.

The order further stated that “as a result, any such proceedings, actions, orders or reports cannot be considered or acted upon or pursued any further by any forum or authority including the Supreme Judicial Council.” During the course of proceedings, Justice Isa alleged that new evidence was being made part of the proceedings. Additional Attorney General Amir Rehman said that the actions of the Supreme Judicial Council could not be challenged nor could it be stopped from scrutinizing any evidence. He said that the Supreme Court could only interfere in the council under extraordinary conditions.