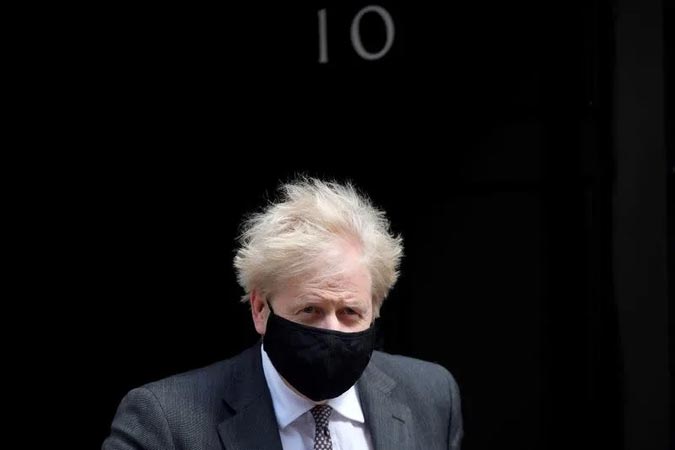 British Prime Minister Boris Johnson on Monday denied a newspaper report that he had said he would rather bodies piled “high in their thousands” than order a third COVID-19 lockdown. Johnson is facing a stream of allegations in newspapers – all of them denied – about everything from his muddled initial handling of the COVID-19 crisis to questions over who financed the redecoration of his official apartment. The Daily Mail newspaper cited unidentified sources as saying that, in October, shortly after agreeing to a second lockdown, Johnson told a meeting in Downing Street: “No more f…..g lockdowns – let the bodies pile high in their thousands.” Asked whether he had made the remark, Johnson told broadcasters: “No, but again, I think the important thing, I think, that people want us to get on and do as a government is to make sure that the lockdowns work, and they have.” The Daily Mail did not respond to a request for comment but the BBC later also reported that Johnson made the remark in a “heated discussion” about lockdowns. Reuters was unable to immediately verify the reports.