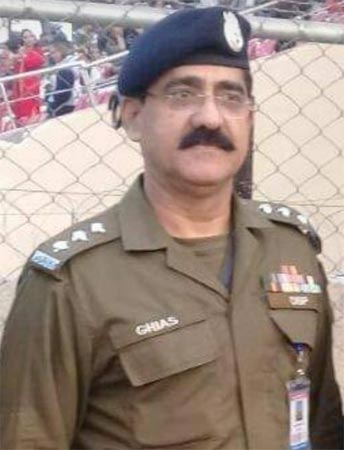 “I wish you a happy retirement filled with happiness and healthy remaining life”. These are the common phenomenal farewell comments which are usually delivered upon the retirement of someone.

Though these words encourage a retiring serviceman but the question arises, how far will he be remembered?

It is pertinent to highlight that across the world, except Pakistan, AOPR (Association of retired Police Officers) exists which represents a long record of Police Officers and their families. It plays an effective role in terms of interacting with government representatives, analysing pension reforms of Police and benefiting them to the fullest. Contrary to it, here in Pakistan, commonly a retired police officer is considered as a person who is no longer in use. Soon after retirement a police officer is supposed to deal with his/her own junior officers, for the purpose of documentation and had to face various difficulties for proceeding with the pension case.

Now, it is germane to ponder on who should be held responsible for such lack of institutional support for the retired officers? Blaming PSP officers in Pakistan is not worth it. The primary cause of the problem is the Clerk Mafia of Police which becomes a major hindrance in impeding/ slowing down the pension cases of retired officers for their ulterior motives.

No one speaks about their behavior, owing to the delay which will happen in documentations. The need of an hour is to bring reforms in the system for facilitating the retired police officers in the form of launching websites for easy procedure of documentation, learning from their experiences, engaging them for resolving difficult tasks, providing them with medical facilities. Above all, the retired ones should be given respect in the same way he/she was respected during his service.

It would be pertinent to say that before retirement, an officer serves the country and works for its welfare, by staking his/ her life, hence post retirement, they should be given the honor and respect they deserve.