PM says battle for soul of Pakistan to succeed soon 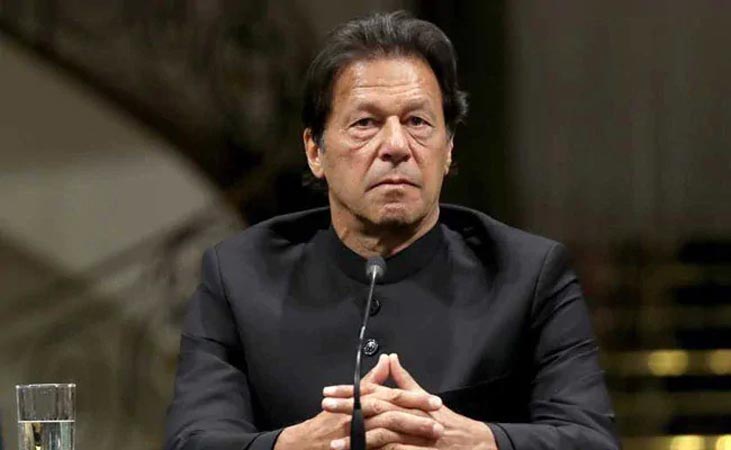 Prime Minister Imran Khan Sunday said that they were fighting for the rule of law which would soon meet with success as it was ‘a battle for the soul of Pakistan’.

In a video message on Pakistan Tehreek-e-Insaf 25th Youm-e-Tasees, the prime minister highlighted the priorities of his government and said that all those corrupt elements, cartels, and coteries who had benefited from the corrupt system were rallied against him.

“It’s the fight we are fighting and Insha’Allah we will win,” he declared in a solemn manner.

The prime minister said the country was gifted with vast potentials and resources but it would rise when there was rule of law and justice for which they had been constantly waging a war.

The prime minister then traced background and his decades long political struggle. He said when his party came to power in 2018, it was the most difficult phase of his life. In the history of Pakistan, no one ever inherited such as government when the country was at the brink of bankruptcy with record deficit, he added.

The prime minister said the country’s debt soared by four per cent during previous governments, the foreign reserves had depleted and the current account deficit was hovering around 20 billion dollars.

He expressed his gratitude to Saudi Arabia, United Arab Emirates and China for providing succour in those trying times. The country survived with much difficulty, he added.

If it did not happen, the rupee would have continued tumbling against dollar and where this depreciation had stopped nobody knew, he maintained.

The prime minister said he felt pride over the two and half years of his government’s performance.

“Now the current account is in surplus and the country’s reserves are increasing with rupee getting strength. People are getting confidence due to the economic growth,” he added.

The prime minister further mentioned that the construction sector was moving at fast pace, cement sale was soaring, and the large-scale manufacturing and vehicles sale were on the rise.

Farmers had been happy for the first time with the government’s policies and getting right prices for their yields including wheat and sugarcane.

The prime minister further said that the government was focusing on wealth creation in the country with the construction of two ambitious projects like Ravi River Urban Front City Lahore and Bundal Islands in Karachi.

Through private-public partnership billions of rupees investment would be made in these two mega projects, he said, adding the government was giving incentives to the small and large industry.

The prime minister informed that on Monday, he was going to launch Kissan cards.

The tourism sector of the country possessed huge potential, besides, 10 Billions Tree Tsunami would bring revolution. Two new big dams were being constructed in the country after a gap of fifty years, he enumerated some of the big achievements of his government.

The prime minister further said that in Riasat-e-Madina, our Holy Prophet Hazrat Muhammad (Peace Be Upon Him) had stressed upon building of moral character and rule of law.

For the first time in the world’s history, a welfare state took responsibility of the weaker segments of society, he added.

The prime minister said his government had introduced health insurance in two provinces of Khyber Pakhtunkhwa and Punjab. This initiative would encourage private sectors to compete in the health sector and even establish their infrastructures in the poor areas.

About other welfare initiatives of his government, the prime minister said they set up Panahgah (shelter homes) for labourers. While under ‘no one go hungry’ project, meal trucks would reach to the poor areas.

The government had introduced affordable housing for the low-income group or those segments of society who never dreamt of having their own home. They had changed the mortgage law due to which in the past, the banks were reluctant to offer loans for construction of houses.

About main objective behind formation of Pakistan Tehreek-i-Insaf, the prime minister said it was the corruption of the ruling elite which had been undermining the country.

For the first time, a political party struggled against corruption, he said, adding “A nation did not ruin due to lack of resources, but due to teeming corruption, and that of the ruling elite that burdens the nation with foreign debt.”

The prime minister said it was a story of the developing countries.

Against this backdrop, the PTI was formed whose moto was to bring the responsible accountable for their corrupt practices so that justice should prevail in the society.

He said that Allah Almighty had bestowed upon him everything due to his prolific cricket career.

The prime minister said during the first 15 years of PTI’s formation, the party did not win a seat which made many to leave the party and during the year 2002, few people were left in the party.

He said that he never accepted the defeat as he had learnt from his cricket career that was ‘never go down’. So, he succeeded in cricket and also in the construction of Shaukat Khanum Memorial Hospital.

“If a person dreams, then he must burn all his boats to succeed,” he maintained.

In the next phase, young generation joined the party and on 30th Oct, 2011 people came out for his party during a gathering at Minar-e-Pakistan. During, 2013 they formed government in KP, despite huge rigging.

At that time, they demanded opening of few constituencies, but no action was taken on election reforms, he said and expressed his optimism that they were now introducing electronic voting technology system for fair and transparent elections.

The prime minister also referred to the life history of the Holy Prophet Hazrat Muhammad (Peace Be Upon Him), as he faced hard times during the first thirteen years of his prophethood, but in the next ten years, he brought a revolution in the world and changed the world’s history.

He said those politicians were looked down upon in a society who accumulated wealth through illegal means and corruption. There were still those who took it as their moral onus to serve the nation.