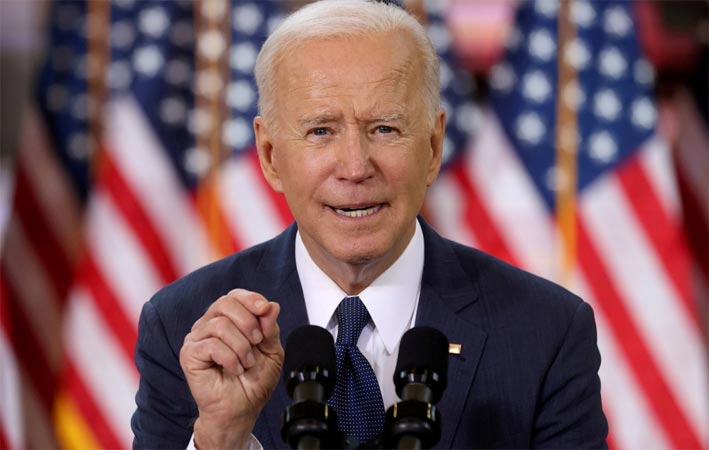 The daily (hourly) White House melodrama of the Trump era is history, but there has been nothing quiet about Joe Biden’s 100 days rush to transform the country he inherited.

Biden will deliver a primetime address to a joint session of Congress on Wednesday — the eve of his first 100 days mark — with ambitions to be one of the most consequential presidents since Franklin Roosevelt and the Great Depression. At 78, he was the oldest man ever to take the job.

And facing the deadliest reported Covid-19 outbreak in the world, a badly shaken economy, and toxic divisions in the wake of four years of Donald Trump, the incoming Democrat had a mountain to climb. But three months on, he has surprised many with his discipline, his hard negotiating edge, and above all hunger, as he puts it, to “go big”.

It’s a performance that according to the latest Pew poll wins Biden a 59 percent approval rating — well above anything Trump ever scored.

The $1.9 trillion stimulus American Rescue Plan that Biden’s party rammed through Congress in March likewise injected money into every corner of the Covid-battered economy. A post-pandemic boom is widely expected.

Now Biden’s pitching another splurge, a $2 trillion-plus American Jobs Plan which would revamp US infrastructure in almost every way, from traditional roads and bridges to broadband internet and electric car development.

Next? That would be the American Families Plan, costing at least another $1 trillion, to fund child care and education.

Republican politicians complain that Biden has unleashed an avalanche of socialism. However, polls show their voters are far more supportive of Biden, allowing him to claim he’s making good on promises to rule in a bipartisan fashion.

Given a chance, Biden would like to change the rest of the planet’s fate too.

Entering the White House, Biden brought the United States back into the Paris climate accords, which Trump had ditched, and last week he went further, convening a 40-nation summit where he announced a doubling of US targets for greenhouse gas reductions.

Allies are being reassured that “America is back.” Adversaries are being reassessed, with China and Russia classified as frenemies who must be vigorously opposed — except on strategic issues where cooperation is just as important.

Proving he can take decisive and perhaps risky action, Biden reportedly overruled top generals to set a firm date of September 11 for the final, complete withdrawal of US troops from Afghanistan. And on Saturday he broke decades of US equivocation by openly recognizing the mass killing of Armenians a century ago as genocide — a categorization that infuriates Turkey.

Perhaps more than anything, Biden was hired by exhausted voters to make America normal again. Or even boring. And on that, he has delivered. Gone is rule-by-tweet. Gone is the swearing during presidential speeches. Gone is the daily insulting of the media or belittling of critics. Gone are the cult-of-personality style rallies. Still, a glimpse at Washington’s Capitol when Biden gives his primetime address Wednesday will be enough to remind that the country is still far from really normal.