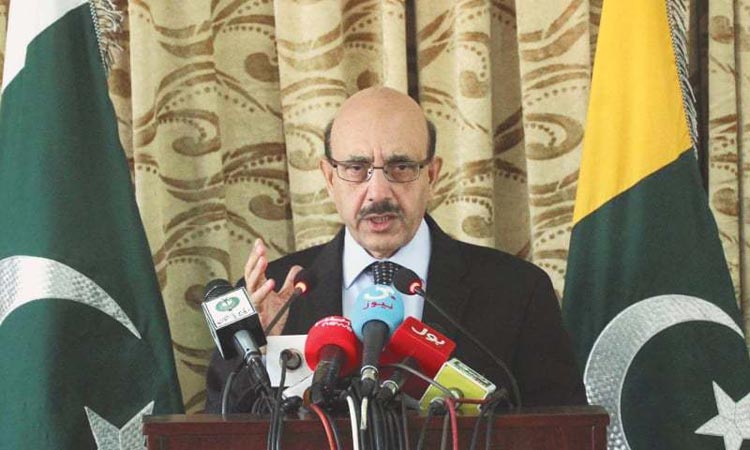 In a statement issued here on Sunday, the AJK president said, “We are deeply concerned over the devastation caused by the second wave of the coronavirus in neighbouring India. We also appreciate the government of Pakistan and the Edhi Foundation for offering help to the Indian government to manage this crisis.”

The state president said, “Besides being concerned over the dangers posed by the pandemic to the lives of Indian citizens, we are more concerned about the lives of thousands of innocent Kashmiri people who have been detained in various Indian prisons for several years and are faced with the danger of an outbreak of the virus because of unhygienic conditions in the prisons.”

Referring to the situation that erupted out of coronavirus in India, the AJK president said that the people of Pakistan and Azad Kashmir express solidarity with their Indian counterparts particularly those helpless people who are faced with the deadly virus in towns and villages.

Welcoming the decision by Edhi Foundation Pakistan chief Faisal Edhi to provide medical relief to the Indian people, Sardar Masood Khan said that the Kashmiri people whether they are settled in occupied territory or Azad Jammu and Kashmir, believe in humanity and high human values, and despite suffering at the hands of successive Indian governments for the last more than 70 years, they are as worried as the Indian citizens themselves are over the humanitarian crisis in India.

He further said that the people of Jammu and Kashmir, whether they are living in Occupied Kashmir or Azad Jammu, believe in humanity, human compassion and high human values.