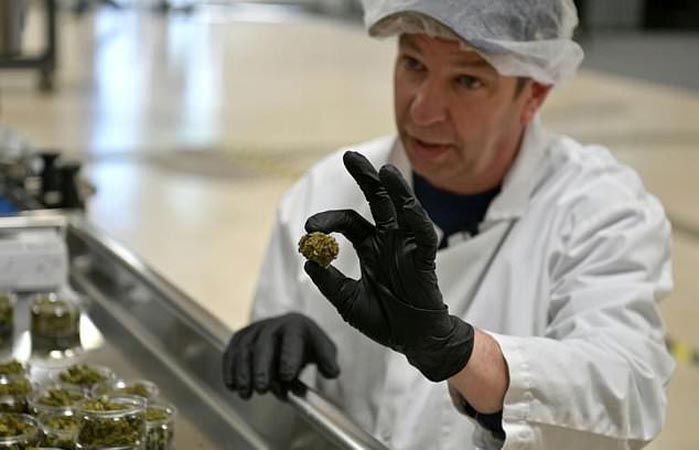 Kaelan Castetter has plans for the unusued offices next to his factory: dedicate all 35,000 square feet of it to growing marijuana, which just became legal for recreational use in New York state.

“We are going to build out a state-of-the-art and world-class genetics and cultivation facility along with our finished goods manufacturing,” said Castetter, whose company Empire Standard has since last year made products using already legal cannabidiol (CBD) at a facility in the town of Binghamton that he now wants to expand.

The company produces and sells oils, salves, smokes, gummies and drinks containing CBD, a cannabis substance prized for its relaxing properties that Congress allowed to be cultivated in 2018.

However, tetrahydrocannabinol (THC), the active ingredient in marijuana, is illegal federally, but a number of US states have nonetheless green-lit its recreational use.

New York’s governor last month signed a law allowing its possession and use for adults aged 21 and older, and expanding its distribution for medical purposes.

That allows companies like Empire Standard, which already are well-versed in cannabis cultivation for use in CBD, to now sell products with high concentrations of THC.

“How often do you get a chance to be in an established market with a product that has not been allowed to be sold? That’s not even a once in a lifetime,” said Jim Castetter, the company’s sales chief.

The 55-year-old is a pioneer in the New York cannabis industry, after having been involved in several more or less legal business ventures over the years.

He sees legalization as a historic opportunity.

“It’s that change in generations, that change in mindset, the change in political structure, that now we’ve arrived at this point where everyone says ‘This is no big deal,'” he said.