Boy George reveals how he plans to mark his 60th birthday 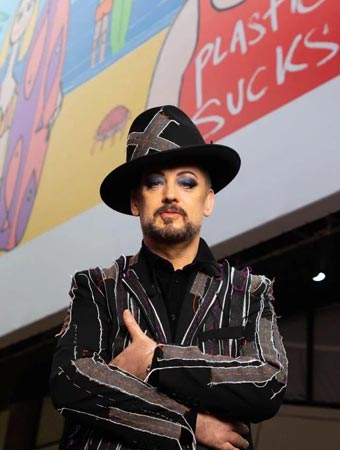 Boy George has said he plans to “drop 60 songs” to celebrate his 60th birthday. The musician told ITV’s The Jonathan Ross Show he still feels “like a teenager” ahead of the landmark birthday. He said he has “fallen in love with music again” as he has been “having some fun” creating new material. Boy George said: “I’m 60 in June. I still feel like a teenager really and act like one a lot.” He added: “Some people grow into themselves and some people grow out of themselves. “For me as I’ve got older, I’ve started to like myself more and I’ve sort of become a gentler person and more compassionate. “When you’re more compassionate towards yourself, then you’re more compassionate to everyone else, which is a nice thing.” Discussing his plans to mark the occasion, he said: “I’m going to drop 60 songs for my 60th birthday, which I’ve been working on furiously for a year. 60 new songs. “I’m in an industry that says no to everything all the time. “You end up making records for radio, not yourself. “At 60, I’ve got this amazing freedom.