* New proposed restrictions include closure of markets and less essential services, ban on intercity transport and closure of education institutions
* NCOC extends inter-provincial transport ban till May 17
* Walk-in vaccine facility allowed for people aged 60 and above 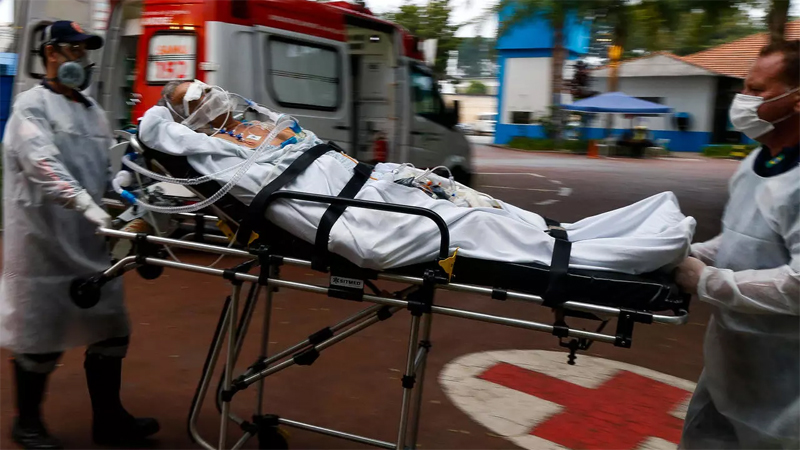 The national tally of total active Covid-19 cases was recorded at 86,529 as 5,908 more people tested positive for the deadly virus. One hundred and fifty-seven patients died on Saturday, 143 of whom were under treatment in hospitals and 14 in their respective quarantines or homes, according to the latest update issued by the National Command and Operation Centre (NCOC). Most of the deaths occurred in Punjab, followed by Khyber Pakhtunkhwa. Out of the total 157 deaths, 53 died on ventilators.

The NCOC morning session was held with Federal Minister for Planning, Development and Special Initiatives Asad Umar in the chair. Keeping in view the growing rate of Covid-19, the forum deliberated upon proposed lockdowns in high disease prevalence cities if disease continues to rise or critical care facilities in a particular city are overwhelmed. The decision on lockdown would be taken after deliberate discussion amongst all stakeholders, the forum decided. It added that the purpose of lockdowns would be to contain disease spread through implementation of standard operating procedures (SOPs).

The forum was told that the few proposed restrictions would include closure of markets and malls, less essential services, ban on intercity public transport and complete closure of education institutions.

The forum decided that the assistance of law enforcement agencies (LEAs) by army, FC, Rangers, where requested by provincial governments, would be provided. It also decided to extend two-day inter-provincial transport ban till May 17.

The forum was informed that 0.5 million doses of Sinopharm vaccine has reached through a special PAF plane from China. It was also decided to allow walk-in facility to 60 years plus aged citizens.

A detailed briefing was also conducted on supply of oxygen to health care facilities. The forum was apprised that a total of 6,901 beds have been inducted to meet the increased requirements due to surge in Covid-19 cases. However, oxygen supply was also being critically monitored, the forum was told.

The meeting appreciated National Disaster Management Authority (NDMA)’s efforts in enhancing healthcare facilities. So far, 2,811 oxygen beds, 431 ventilators, 1,196 oxygen cylinders, 500 bipap and 1,504 finger pulse oximeters have been inducted into the existing healthcare system by the NDMA, it was informed.

In country, the maximum ventilators were occupied in four major areas including Multan 85 percent, Mardan 60 percent, Gujranwala 88 percent and Lahore 83 percent. The maximum oxygen beds were also occupied in four major areas of Swabi 71 percent, Gujranwala 85 percent, Peshawar 77 percent and Mardan 68 percent. Around 560 ventilators were occupied elsewhere in the country while no Covid-affected person was on ventilator in Balochistan.

About 16,999 deaths were recorded in country since the eruption of the contagion.

A total of 11,483,643 tests have been conducted so far, while 633 hospitals are equipped with Covid facilities. Some 5,561 patients are currently admitted to hospitals across the country.

Around 686,488 people have recovered from the disease so far across Pakistan, making it a significant count with over 90 percent recovery ratio of the affected patients.

The Pakistan Army has been mobilised to enforce coronavirus SOPs after Prime Minister Imran Khan sought its help in curbing the virus’s spread.

On Friday, Prime Minister Imran Khan said he has directed the military – as well as police and Rangers – to help ensure that SOPs regarding COVID-19 are being strictly implemented and followed. In a televised address after chairing a meeting of the National Coordination Committee (NCC) over Covid-19, the prime minister had urged the masses to adopt preventive measures against coronavirus so that the situation remains under control and a lockdown of big cities is avoided. “We have been instructing the people to follow SOPs but they neither have fear nor are cautious. Therefore, the pandemic is spreading rapidly,” he had said.