* Says blood not thicker than water in PTI 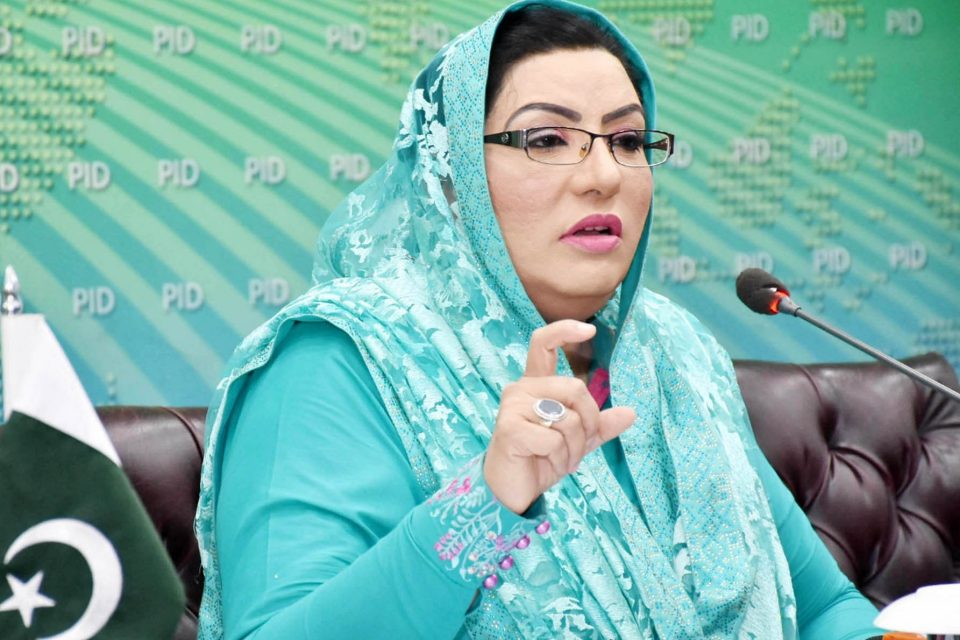 Special Assistant to Punjab CM on Information Dr Firdous Ashiq Awan has said that composite development is the prime agenda of the government and efforts are underway to extend the development process to all the areas of the province.

Addressing a press conference flanked with provincial Minister for Finance Makhdoom Hashim Jawan Bakht, Dr Firdous said the government is giving rights to the people of South Punjab at their doorstep.

She said the government has done away with the policy of selective development and development of all the areas and regions has been ensured because the welfare of the masses is the basic job of every democratic government.

Dr Firdous said the PTI was formed to ensure and promote justice and accountability and blood is not thicker than water in the PTI. “If a finger is raised at any of us then the PTI members face the law and emerge victorious. No one is above the law and will be provided any facilitation in the legal and judicial process,” she added. She said that reservations can be removed and PTI party members can resolve issues by sitting together.

The SACM said that Shehbaz Sharif has been released on bail and his cronies, as well as embedded team members, are joyous over it but no details are given about his connection with “Manzoor Paparwala.”

She said the bail doesn’t mean that Shehbaz Sharif is innocent. “The ‘S’ (Shehbaz) has been released from jail and that day is not far when it will come out of ‘N’ (PML-N). The ‘S’ will do its own politics whereas ‘N’ will become a thing of the past,” she said.

Responding to a question, the SACM said as Pakistan is going through multiple challenges, every institution is duty-bound to perform its role. The Pakistan army is the most important organ of the state and part of the government which has always played an important role in the protection, defence and security of the country.

The government has sought the army’s support to strengthen and supplement the civil administration’s work in the wake of the third corona wave, she added.