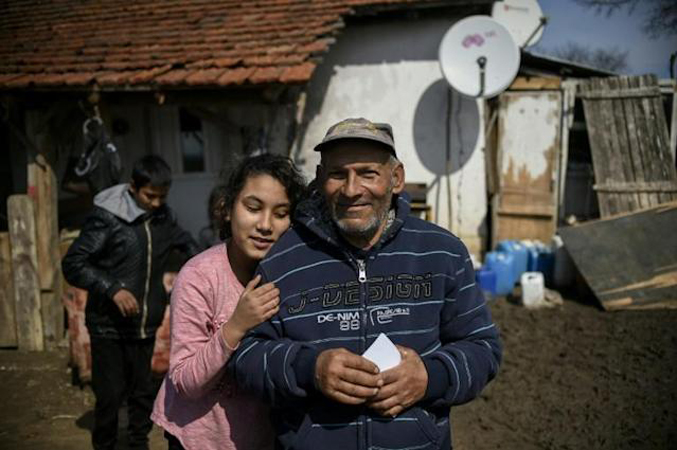 The teenager, whose name means “princess”, wants to become a psychologist, following in the steps of many other Roma from the village of Dolni Tsibar who have university degrees unlike most of their community members across the country. “My father always said that he will give the last shirt off his back to send me and my twin brother to school and give us better chances in life,” the 18-year-old with shiny black hair and carefully manicured nails tells AFP.

Ivanova’s father, Rosen, confirms that in Dolni Tsibar — dubbed the “Roma Cambridge” in a 2015 documentary after the university in England — education has been “a priority for many, many years” despite the region being the EU’s poorest.

“I hope that my children will have university degrees,” says the 50-year-old high school graduate, who has worked as a driver and now handles maintenance at the local kindergarten.

The village’s long-time Roma mayor Kamen Dimitrov says he initiated a movement in the early 2000s, “convincing people to educate their children from an early age at any price”.

Dimitrov’s administration is almost fully Roma, and the village school on the banks of the Danube has 1,590 pupils — again mostly Roma. From next year, it will offer 12 full years of schooling, two more than currently.

Across Bulgaria, even if more young Roma are pursuing university studies, the percentage still remains meagre.

Just 3.6 percent of 21- to 25-year-olds who took part in Trust for Social Initiative study in 2019 said they had a university degree.

Among their parents aged 51 or older, the percentage was just 0.8 percent. Bulgaria’s Roma minority of between nine and 12 percent also still largely faces discrimination. The latest study of the Alpha Research institute from mid-2020 shows that only 0.8 percent of the non-Roma Bulgarians would marry a Roma.