Milan gets buzzier with a million bees in designer hives 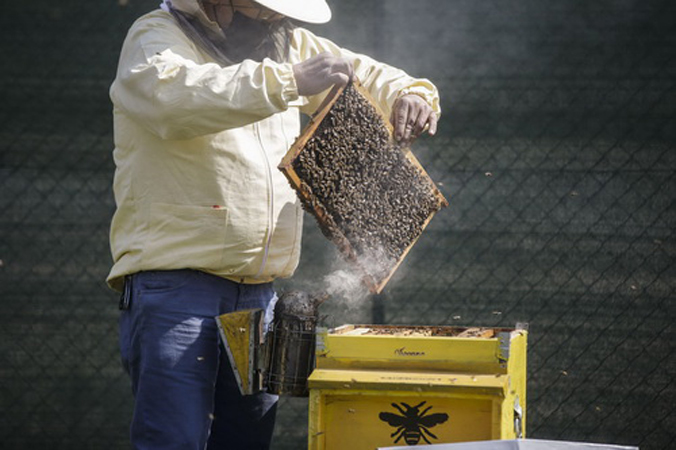 Italy’s financial and fashion capital of Milan got a little buzzier on Thursday with a project that mixes biodiversity with art. A bee collective introduced 17 new colonies to new designer hives, bringing to 1 million the city’s population of honeybees cultivated by the Urban Beehives project. Creator Claudia Zanfi said the project aims to “create an intersection between artistic language and biodiversity.” The art is in the form of hives designed by international artists and the biodiversity comes from the bees, which help pollinate plants in the city’s expanding green spaces. The new hives were introduced to their homes in the Cascina Merlata Park, 20 hectares of new park dedicated last year on land used for the Expo 2015 World’s Fair, which focused on food, food security and nutrition. The seven-year-old, prize-winning project is aimed at educating the public about the importance of bees to the environment, while boosting their population and producing a sweet treat of honey. It’s billed as one of the biggest urban bee collectives in Europe, with hives placed in four public parks in the city.