FM arrives in Turkey on a two-day visit 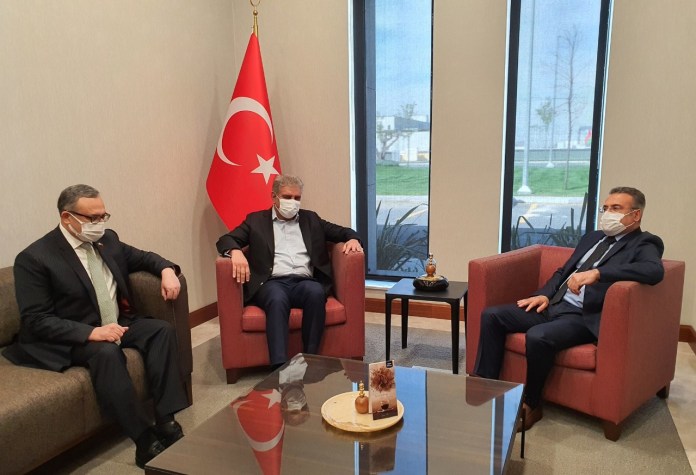 During the bilateral talks, the two Foreign Ministers will review the entire spectrum of bilateral relations and discuss preparations for the 7th Session of the High-Level Strategic Cooperation Council (HLSCC), which will be held in Turkey this year. The two sides will also discuss the regional security situation.

In the trilateral meeting with the Foreign Ministers of Turkey and Afghanistan, the Foreign Minister will discuss the latest developments in the Afghan peace process, exchange views on achieving the shared objectives of a peaceful and stable Afghanistan through an Afghan-led and Afghan-owned political process and highlight Pakistan’s valuable efforts towards this end.