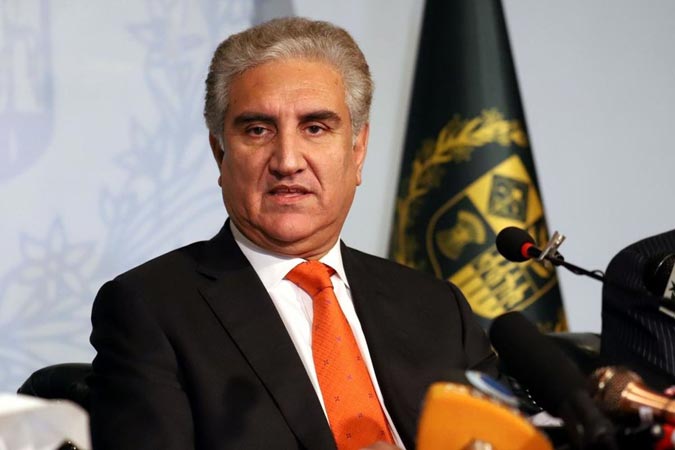 Foreign Minister Shah Mahmood Qureshi has said that relations between Pakistan and Iran have taken a direction of positivity and cooperation.

After concluding his visit to Iran on Thursday, the foreign minister in a video statement said that fraternal relations between the two countries have deepened following his visit to the country.

Qureshi said the Iranian president has acknowledged that bilateral relations between Pakistan and Iran have improved remarkably over the last two-and-a-half years. He said his meetings with Iranian President Hassan Rouhani, Foreign Minister Jawad Zarif and the speaker of the Iranian Parliament focused on strengthening bilateral relations and enhancing people-to-people contacts.

“It was agreed that, like Pakistan, the parliament of Iran should also play a role in countering the growing trend of Islamophobia in the West,” said Qureshi.

On the situation in Afghanistan, he said Tehran and Islamabad have greater consensus on the issue for efforts towards peace and stability.

Qureshi said that the Iranian side has also updated him regarding the Joint Comprehensive Plan of Action (JCPOA) talks with the United States. He said the memorandum of understanding signed between Pakistan and Iran would open trade centres in border areas.

“A new crossing point in Mand and Pishin has been opened which would not only benefit the locals but also strengthen bilateral trade,” said Qureshi. He added that he is returning from Tehran “very satisfied”.

The foreign minister had reached the Iranian capital of Tehran on Tuesday for a three-day official visit. According to a statement issued by the Ministry of Foreign Affairs, the foreign ministry led delegation-level talks.

The two sides discussed the regional security situation, including the latest developments in the Afghan peace process and the Jammu and Kashmir dispute. They also deliberated on strengthening regional cooperation under the umbrella of the Economic Cooperation Organisation. FM Qureshi’s visit to Iran was part of regular high-level exchanges between the two countries.