NAB has no affiliation with any political party: Javed Iqbal 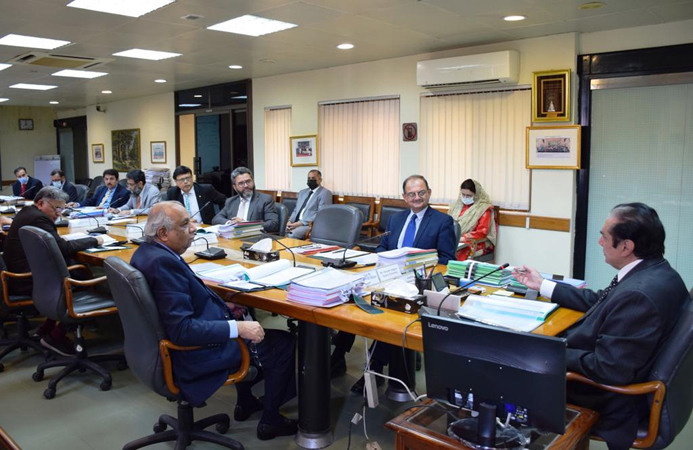 Chairman National Accountability Bureau, retired Justice Javed Iqbal on Thursday said NAB is an anti-corruption institution, which has no affiliation with any political party, individual or group but state of Pakistan.

The Chairman said that taking mega corruption cases to logical conclusion is NAB’s top most priority as it is strictly pursuing the policy of accountability for all, highlighting that since its inception, the bureau has recovered Rs 790 billion whereas Rs 487 billion alone has been recovered in the last three years.

This was expressed during NAB’s Executive Board Meeting (EBM) held at its headquarters in Islamabad with Chairman NAB in the chair.

Justice Iqbal said the Bureau respects the business community and performs its duties without caring about any pressure. The detractors should better concentrate on defending their cases in courts instead of criticising the bureau where law will take its course.

Chairman said the bureau is making sincere efforts to recover looted amounts by illegal housing societies and modarba scam. NAB’s performance has been lauded by reputed national and international organisations especially Transparency International Pakistan, PILDAT, Mishal Pakistan which is an honour for NAB.

Referring to the EBM, Justice Iqbal maintained that it is a year-long policy of NAB to share the details of its Executive Board Meeting with the public which does not aim to hurt the feelings of anyone as all inquiries and investigations are initiated on the basis of alleged allegations, which are not final. NAB is a public friendly institution, he remarked.

He added that the bureau only decides to go ahead with cases after assessing the merits of the cases and after knowing the flip side of the coin.

EBM also Okayed filing corruption reference against Saqib Soomro and others on the accusations of illegally allotting state land by abusing their authority that inflicted Rs 1.5 billion losses to national exchequer. The EBM authorised filing supplementary corruption reference against former chairman Pakistan Steel Mills Moin Aftab Sheikh and others. They are accused of inflicting Rs 434.468 million losses through corrupt practices and abuse of authority.

It also authorised closing inquiries against owners/managers of Krack Merina Project, Karachi and others, former chairman NICL and Officers/ officials of SBCA Master Plan Department Sindh, Messers Haba Builders, Karachi and others due to absence of evidence. Transferring of investigations against officials of Customs department, Karachi to FBR after completion of plea bargain deal, was also okayed in the meeting.