Local police claimed to have arrested two prime suspects who opened fire at the vehicle of Anti-Terrorism Court (ATC) Judge Aftab Afridi, which led to killing of four people on board including the judge. According to Swabi DPO Shoaib Khan, both the killers – identified as Muhammad Zakir Shah and Shehzad – had opened indiscriminate fire on the judge’s car near Ambar Interchange in Swabi, brutally martyring the four people. “Zakir has confessed his crime before the court,” the DPO said, adding that during interrogation, the accused also gave up names of more accomplices. The accused also disclosed that they were duly armed with submachine guns (SMGs) while Zakir was present in a car with Abid Afridi while Shehzad was with Jamal Afridi. It was earlier reported that the judge’s driver and guard were also seriously injured in the attack. The DPO said that an FIR was registered on behalf of the late judge’s son. Speaking about the incident, Khyber Pakhtunkhwa Inspector General of Police Dr Sanaullah Abbasi had termed the incident tragic, adding that an investigation was underway. “The accused will be arrested soon,” he had stated. 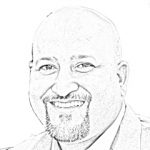 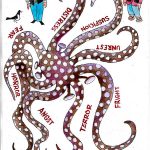