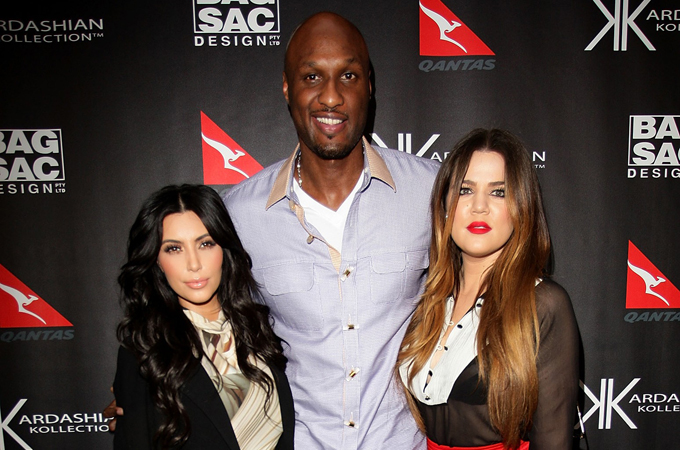 Lamar Odom shut down talk of the “Kardashian curse” years after his split from ex-wife Khloe Kardashian. The former NBA player, who married Khloe in 2009 before the two officially divorced in 2016 after years of estrangement, spoke with Vlad TV about his relationship with the reality star. When asked how he feels about the so-called “curse,” which alleges that those who split from the Kardashians fall upon hard times after the breakup, Lamar was adamant that no such thing exists. In fact, he called anyone who believes it “dumbasses.”

“That’s stupidity because everybody goes through stuff,” Lamar explained. “If I had your family on tape, and see all your family was going through, people would be like, ‘This family is crazy!’ People would see all the drug addicts, all the sex, they share their life with you, so you see everything. Maybe it’s overexposed, but people love it. The people that made them are the ones who point the fingers. It’s kind of sickening. I’ve lived it from the inside in, to the outside.”

He added that “it’s still hard to figure out, the love/hate that people have for them.”

‘That’s stupidity because everybody goes through stuff,’ Lamar explained

“I’m just lucky enough to have some of that stardust fall off on me,” he said.

While Khloe initially filed for divorce from Lamar in 2013, the Good American founder paused the process so she could remain by her husband’s side after he suffered an overdose at a Nevada brothel in 2015. They officially divorced in December 2016.

“They became very close after the Vegas incident and obviously, Lamar is extremely grateful to Khloe for everything she did for him, but their relationship has undergone a metamorphosis,” our insider shared at the time. “There will always be a deep affection there for one another, but both of them have moved on. This divorce provides a natural end to that chapter in their life.”

Though Lamar was previously engaged to Sabrina Parr and Khloe has since moved on with Tristan Thompson, with whom she shares 3-year-old daughter True, Lamar recently took a stroll down memory lane. In March, the athlete took the time to share an emotional message on Instagram while watching a Khloe & Lamar marathon on E!

“Khloe & Lamar Marathon My show with my ex wife I want to thank @krisjenner @khloekardashian @kimkardashian @robkardashianofficial @kourtneykardash for taking me in and loving me without judgement – y’all gave me family and for that I am forever grateful ,” he wrote on Instagram. “Thanks @eentertainment for the marathon #Thankful #Grateful #Blessed #LamarOdom #Lakers #Family #Love #Growth #Sober #Rebirth #Happy #RealityShow #Hit #FinalSeason #AmericanRoyalty.”