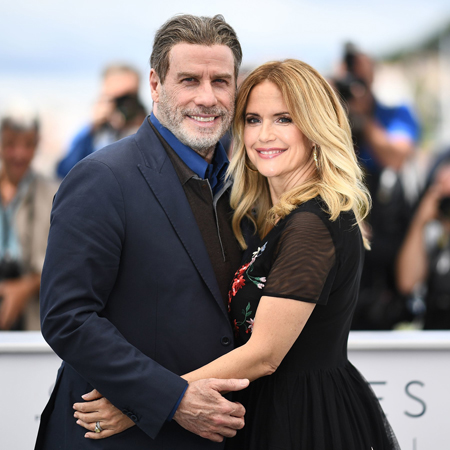 John Travolta is reflecting on the loss of wife Kelly Preston as the one-year anniversary of her death approaches. The Saturday Night Fever actor tells Esquire Spain in an interview translated from Spanish that he learned mourning is a “personal” experience that varies from person to person. He explains, “The most important thing you can do to help another when they are in mourning is to allow them to live it and not complicate it with yours.”

Travolta adds that one individual’s grief can feel bigger than what you’re experiencing, but he learned it’s better to let them cope on their own, because their emotions do “not leave enough space for you to mourn.”

“Otherwise, it will be two boats plummeting to the bottom. That is my experience,” he continues. “Because even though it’s great to have company, sometimes it becomes like you’re helping them, rather than putting yourself to work overcoming feelings of loss and grief.”

The 67-year-old dad adds that a lot of people tried to comfort him after Kelly’s death, but it didn’t help, saying, “I felt so saturated with everyone’s sadness that I didn’t know what to do.”

Now that he’s experienced grief fully, he knows, “If I die tomorrow, the last thing I want to see is that everyone around is sunk.”

Travolta tells the magazine that his main priority is finding “joy” in life with his two kids Ella, 21, and Ben, 10, before adding that he’s particularly happy when listening to music or dancing. The actor also recalls the time he and the late Princess Diana danced at a White House gala in November 1985. Travolta sets the scene for readers, describing, “Think of the moment. We are in the White House. It’s midnight. The whole stage is like a dream. I go up to her, touch her on the shoulder, ask her to dance.”

“She turns around and when she sees me she displays that captivating smile, somewhat sad, and accepts my invitation,” he continues. “And there we were, dancing together like in a fairy tale.” For the occasion, Princess Diana wore a now-iconic velvet, off-the-shoulder dress and a sapphire and pearl choker, while Travolta sported a tuxedo.