* Minister says 1,645 kilometer roads and motorways have been completed in last two-and-a-half years by PTI government 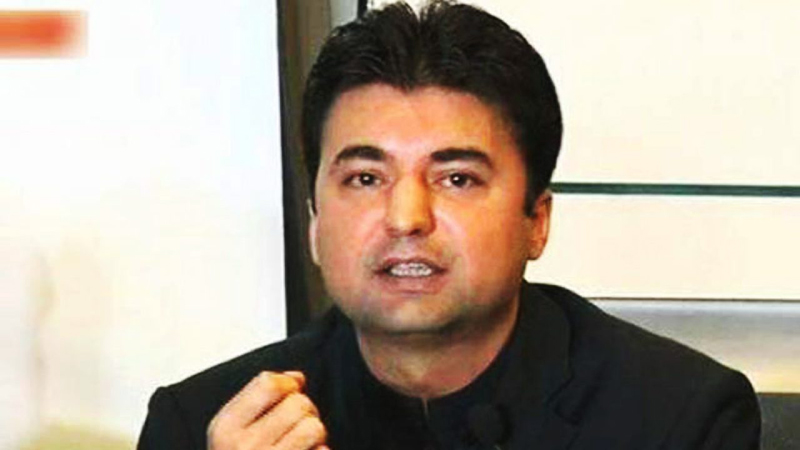 Federal Minister for Communication, Murad Saeed on Wednesday said the federal government has completed planning for construction of additional 6,000 kilometers roads, highways and motorways including Peshawar-DI Khan and Swat Motorways Phase-II for next two and half years that would make Pakistan a hub of trade, tourism and investment.

Addressing groundbreaking ceremony of up-gradation and rehabilitation of Peshawar-Dara Adamkhel and Chitral Bonni -Mastunj -Shandur roads projects here at Governor House, the Federal Minister said that 1,645 kilometers roads and motorways were completed in last two and half years by PTI government. “We have completed planning of 6,000 kilometers roads, highways and motorways for the next two and half years as compared to 2000 kilometers by PML-N government in its five years tenure,” he said adding that work on construction of 6,000 kilometers projects would start this year across the country.

He said the government had initiated work on 13 mega roads projects including Peshawar-DI Khan Motorways, Kohat-Pindighap, upgradation fo Peshawar_Dara Adamkhel, Chitral-Shandur roads and others communication projects besides work on Swat Motorway Phase-II would commence after Eidul Fitr. The 300 kilometers long Hyderabad-Sukkar Motorway, Dir Motorway, Chaman-Quetta-Karachi highways of 796 kilometers after completion would change destiny of the people, he said.

The minister said National Highway Authority (NHA) had recovered Rs21 billion from corrupt elements, adding the broadsheet inquiry had exposed corruption, commission and kickbacks of past rulers. He said PTI government adopted zero tolerance against corruption and introduced culture of transparency and merit imperative for good governance and supremacy of law. He said price of sugar per kilogram had jumped to record Rs 140 kilogram in the past government and unfortunately, no inquiry was conducted against sugar mafia and commission agents due to vested interest of the past rulers. In contrast, he said that PTI government laid strong hands on sugar, wheat and energy mafia after conducting an impartial and transparent inquiries and exposed real faces of mafia before masses.

Murad Saeed said the past rulers had spent million of rupees on their personal security, establishment of camp offices and expensive treatment abroad as they did nothing for the people. He said PTI government had launched goal oriented and pro- poor programs including low-cost housing projects, langar Khana, Sehat Cards Plus, shelter homes under multifaceted Ehsas Program, billion trees projects and others in the country that brought positive changes in people’s lives. He said Prime Minister Imran Khan had bravely raised the issue of Islamophobia at all international forums including United Nations General Assembly as per wishes and aspirations of Pakistani nation and the Muslim Ummah.

Murad Saeed said Sehat Card Plus program had been started in Punjab, KP, Azad Kashmir and Gilgit Baltistan under which a patient can avail treatment up to Rs one million in any top hospital of the country, adding Sehat Cards plus was also extended to Tharparkar in Sindh province to facilitate poor patients there. He said PTI government has laid hands on land mafia and retrieved government land worth Rs 450 billion in Punjab. The minister said the past rulers have been failed to retrieve the government lands from mafia that inflicted heavy losses to the national kitty.

She made these remarks in connection with the ACCA marking of the Earth Day 2021 with its activities around the world focusing on how professional accountants could play a key role in making businesses more sustainable, said a news release.

Speaking on the occasion, ACCA’s chief executive Helen Brand OBE said, “This year, Earth Day is themed ‘restore the earth’ and here at ACCA we’re marking this occasion by focusing on the vital role the accountancy profession plays in sustainability and climate action.”

She added, “At the New York Climate Action Week in September 2020, ACCA and IFAC organised a global webinar called Creating Value in a Climate Emergency: Recovery, Resilience, and the Transition.”

We were honoured, she said to be joined by Mark Carney, COP 26 Finance Adviser and UN Special Envoy on Climate Action and Finance, who said that one of the aims of COP26 is to ensure we have the framework in place so that ‘every financial decision can take climate change into account’.

She quoted Mark Carney saying that progress was happening with initiatives such as the Task Force on Climate-related Financial Disclosures Recommendations (TCFD), and that he and his COP26 team was working on ways to move from voluntary disclosures to mandatory reporting.