* Moin Akhtar, on the other hand, had a unique nature and a different frame of mind since childhood 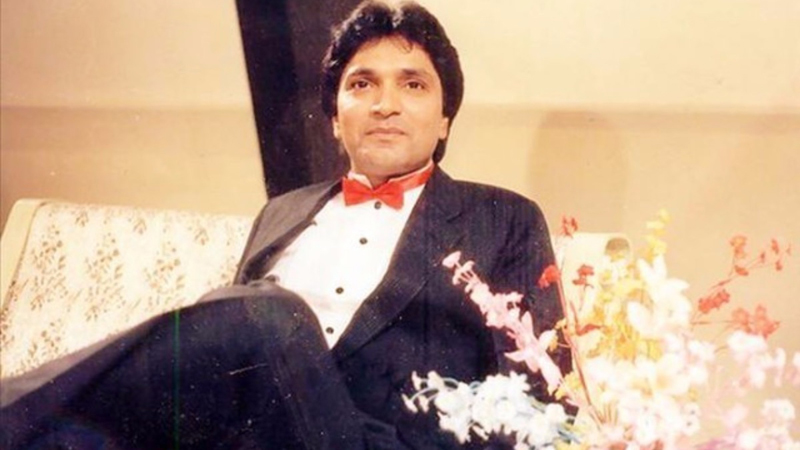 One of the finest comedian actors of the subcontinent, an impersonator with a significant style of hosting, Moin Akhter left this world 10 years ago on this day leaving behind marvellous contributions to reminisce.

Moin,s family that had migrated to Pakistan settled in Karachi to gain financial stability by doing some business, and finally, his father managed to set up a printing press in the city.

Moin Akhtar, on the other hand, had a unique nature and a different frame of mind since childhood. He possessed the qualities of becoming a great actor and used to mimic his school teachers really well.

It was an event at his school when for the first time he publicly showcased his acting skills by playing the role of Shylock at the theatre play of William Shakespeare’s “The Merchant of Venice.” Later on, he continued to perform as stand-up comedian at school functions.

“I didn’t know how to perform on stage. I could only mimic a few artists during my early days,” Akhtar revealed in an interview conducted by Naeem Bukhari.

He got a break on PTV for the first time as a comedian in Zia Mohiuddin Show on the occasion of the first defense day- 6 September 1966. His first performance took him to the heights of fame and earned him the appreciation of the renowned Tv personalities of that era including Tariq Aziz, Zia Mohiyudin, Quraish Pur, and others.

Moin never witnessed a decline during his career spanning over four decades and the reason behind that was his constant struggle and sheer commitment towards his profession followed by his ability to adjust himself according to the changing trends of show business in Pakistan.

Moin ruled like an emperor over the stage and Tv industry of Pakistan. He was probably the only entertainer of the country whose style of comedy was equally popular among the common folk as well as the elite class of this country.

The duo of Moin Akhter and Umer Sharif- another iconic comedian of Pakistan gave a series of stage plays that obtained matchless success not only within the country but across the borders. ” Bakra Qiston Pe” and “Budha Ghar Pe Hai” set a new trend of comedy stage plays in Pakistan and people started watching stage dramas again.

After his peerless success on stage Akhter moved to television where he continued to thrive as an actor as well as host. On television, his long-standing double act with writer Anwar Maqsood made him an icon, and when Bushra Ansari joined them the resulting comedy was. exceptional.

His role of a woman in one of the successful plays of Pakistan,s Television history- ROZY established him as a prolific versatile actor and Anwer Maqsood was the one who used his versatility to perfection by writing Tv Shows Like Studio Dai, Studio Pone Teen, Studio Sawateen and Loose Talk.

Loose Talk was a milestone in his career where he featured in over 400 hundred episodes playing different characters. Moin’s acting and hosting skills had many admirers in India as well including legendary Dilip Kumar, Kader Khan, Anupum Khair, Govinda Jony Lever, and others. He acted in several Tv and stage dramas and some movies. In recognition of his services, he was bestowed various awards including Sitara-Imtiaz. by the government of Pakistan. In 1996 he was awarded the honorary citizenship of Dallas Texas by the Mayor of the city.

Apart from being a brilliant actor, he was a fine human being as well who was always willing to go the extra mile for the less fortunate. Akhtar will always be remembered for his beautiful heart and genius mind.