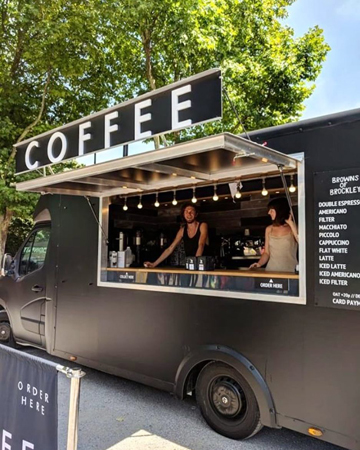 While the coronavirus pandemic affected the livelihood of many people across the country, a Karachi family has turned it into a blessing by setting up a mobile restaurant to make ends meet.

Mohammad Abbas has 34 years of experience as a chef, yet he was let go of by his employer during the pandemic.

But Abbas did not shy away and instead opened a mobile restaurant with his family on Tariq Road. It has since gained the attention of many people.

“I have been working at a restaurant for some time,” he told journalists. “It has been 34 years. When the lockdown was imposed, I decided to set up a soup cart and it became a hit. I started selling Chinese food and it was well received here with customers coming from distant areas.”

The business is good here, he says. The menu includes several dishes. The chef says dried chicken chilli is his most popular dish.

“This was my husband’s idea. He was quite worried and decided to start his own venture,” Abbas’ wife said. “I told him that we will support him.”

About the operations, she said her daughter issues slips while she hands parcels to women. Her son delivers food to men, Abbas’ wife said. Abbas, however, said that he faces a few problems as his mobile restaurant is parked roadside.