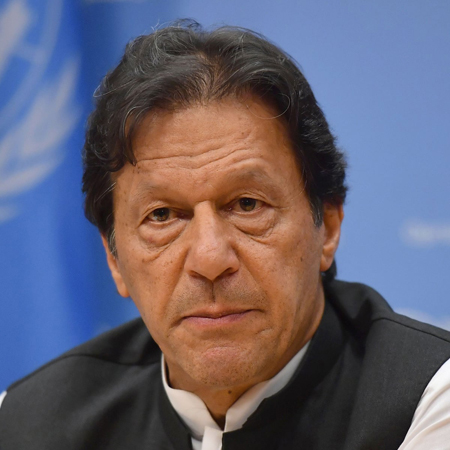 Pakistan Twitter expressed surprise at Prime Minister Imran Khan using a clip from a Bollywood movie to demonstrate his point against conspiracies against his government.

“This is what has been planned against the PTI govt from day one by the corrupt mafias,” PM Khan wrote on Instagram.

The clip was from the 1984 movie ‘Inquilaab,’ a political thriller starring Amitabh Bachchan, Sridevi and Kader Khan, who is the one addressing the party workers in the clip. They scheme to plant a narrative in people’s head that the government is incompetent and plan to spread fear and crime everywhere to achieve their goal this goal.

Although the post was taken down shortly after, its screenshots are making the rounds on Twitter. The premier didn’t name the “forces” that are hatching plans to derail his government. The post comes two days after violent clashes between security forces and workers of the Tehreek-e-Labbaik Pakistan in Lahore, that spanned almost a week and ended Tuesday.