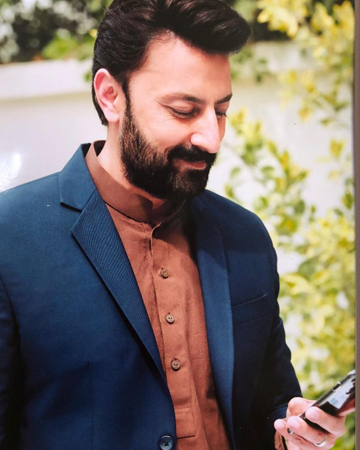 Babar Ali is a famous Pakistani film and television actor who rose to the heights of success after his drama ‘Labbaik.’

He played the character of Muhammad Bin Qasim. After that he did movie Jeeva which heightened his success to another level.

Babar Ali said,” I didn’t see any one as my competitor. We have always seen that when someone’s is successful, people worship him, I had seen downfall in my life within 24 hours, one day I had 60 films and the other day all the producers were outside my house for cancelling agreements, some people were good though whom I can’t forget”

Further talking about his hard time Babar revealed, “I had an accident during the shooting of Iqbal Kashmiri’s film, I fell from 110 kilometres and was bedridden for six months, that time I had seen everyone changing.”