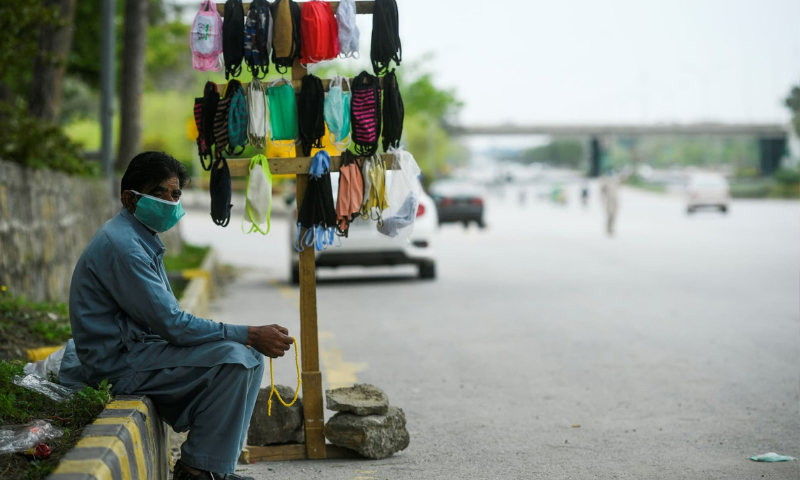 The National Command and Operation Center (NCOC) on Wednesday suggested more restrictions to control the worsening situation of Covid-19 in country.

“We will have to increase the restrictions. If we do not contain the rapid spread of pandemic, we will have no option but to impose a complete lockdown in the big cities,” Minister for Planning, Development and Special Initiatives Asad Umar said after chairing the meeting of the NCOC. He said they would present their recommendations to the National Coordination Committee on Friday, which would take the final decision. The minister warned that it was the last chance that the people should take the pandemic serious as they did in the first wave last year, otherwise they would have to suffer from strict restrictions.

The minister regretted that neither the people nor the administration was showing their responsibility to ensure full compliance of the precautions and anti-Covid standard operating procedures (SOPs) issued by the government. He requested the provincial chief ministers to show leadership in this regard. “All possible assistance (from the federal government) is at their disposal, but they have to show leadership on ground as the people will follow their message,” he added.

The minister said the number of corona patients being admitted to hospitals has also increased to over 600 per day from 100 to 150 earlier. He said in June last year when the pandemic was on peak in the first wave, the maximum number of patients on oxygen was around 3,400, which has now increased to 4,500.

Asad Umar said the current week would be the worst in term of the number of deaths as highest ever number of Covid patients were expiring. A week earlier, not more than 26 patients were dying of Covid, but their number has now crossed 137 per day, he added.

The minister said the number of oxygen beds in hospitals is being increased and the situation at the moment is under control, however, it might go out of control if the Covid cases keep on rising. He said the country has limited oxygen production capacity. The supply of oxygen has almost reached 90 percent of the total capacity, he added.

Pakistan continues to battle the third wave of the deadly coronavirus, with 148 more people losing their lives to the virus on Wednesday. According to the latest data issued by the NCOC, 5,499 new coronavirus cases have been recorded. At least 47,301 coronavirus tests were conducted across country on Wednesday, out of which 5,499 came back positive.

In addition to this, 5,488 patients recovered from the virus on Wednesday across country, bringing the total number of recoveries to 672,619.

Khyber Pakhtunkhwa has recorded a total of 108,462 virus patients, with 2,953 deaths, while in Azad Kashmir 15,873 people have been infected with the virus and 446 people have died.

So far, Pakistan has vaccinated at least 1.4 million of its population – mostly with China’s Sinopharm vaccine – while 20,000 people have so far been inoculated with privately imported Sputnik V vaccine, officials said.