* Sh Rashid says 210 cases, including one filed against Rizvi, to go through legal process
* 669 out of 733 people arrested on various charges released 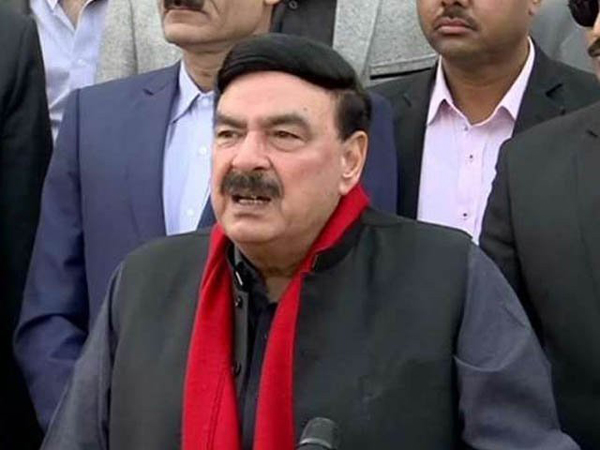 Addressing a presser in context of agreement between the government and the TLP, the minister said that the police had arrested 733 people on various charges, out of which 669 have been released. He said the people were arrested under the Maintenance of Public Order Ordinance. He said the protestors burnt 30 cars and returned five cars they had seized. On abducted policemen, the minister said that 12 kidnapped personnel were returned on the night of April 19. He said Rs 40 million along with commendation certificates would be distributed in those policemen who got injured during clashes with protestors.

The minister said that 210 of the FIRs will complete the legal process, clarifying that TLP chief Saad Rizvi’s case is included in these. “Whoever takes the law into their hands, the law will take them in its hand,” he warned, adding that no one will be allowed to create chaos in the country and strict action will be taken against those challenging writ of the state.

He said the final round of talks with TLP continued for seven hours and it was agreed to table a resolution in the National Assembly for discussion over the French ambassador’s expulsion from the country. He said all Muslims believed in respect of the Holy Prophet (Peace Be Upon Him) as it is the basic element of their faith. Prime Minister Imran Khan has also deiced to contact western countries on the issue and develop a combined strategy to avoid any blasphemous incident in the future, he said, adding that the prime minister earlier had written letters to the members of Organisation of Islamic Cooperation (OIC) over the issue.

The interior minister said Prime Minister Imran Khan has directed to tighten noose around the people who misuse religious sentiments as the government is working on legislation to stop disrespect of the religious sects. He informed that the ministry also held a meeting regarding social media and fake news and that a complete study was underway on the issue. Almost 200,000 people from India were spreading disinformation though social media in Pakistan, he said.

Sheikh Rashid said outlawed TLP has 30 days after being served the notice and submit its reply to the interior ministry. He said either the TLP’s office bearers or their lawyers can appear before the committee being constituted to look into the matter.

He also informed that the National Assembly session was convened to table a resolution seeking debate on the expulsion of French ambassador from Pakistan and also to apprise all the European countries, especially France, about gravity of the situation. As per the resolution, the house also demanded that the state should decide the matters of international relations and no person, group or party should exert unnecessary and illegal pressure on the government in that regard, he said.

The minister said talks with the TLP were held in an amicable environment.