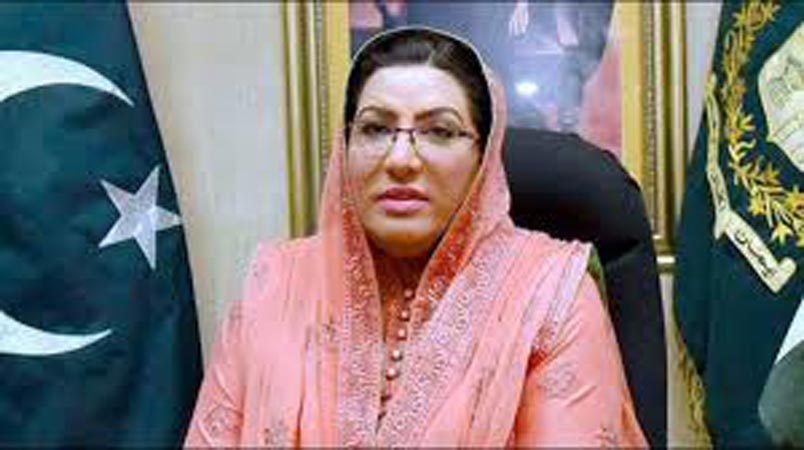 Talking to the media on the death anniversary of Allama Iqbal outside Iqbal’s mausoleum here on Wednesday, Dr Firdous said that Iqbal’s message for the youth is being materialised by PM Imran Khan through the provision of quality education, employment and other facilities. PM Imran Khan is striving to elevate the country by following the vision of Allama Iqbal, she said. The special assistant said the new Pakistan is in accordance with the philosophy and vision of Allama Iqbal and the government is trying to develop the country according to the aspirations and desires of the founding fathers. Today is an occasion to reiterate the commitment made with the Allama Iqbal and the PTI is striving hard to establish a society based on the principles of equality, justice and accountability, she said. Dr Firdous said that it is satisfying that all are equal before the accountability process and the ministers surrendered them before the law when a finger was raised towards them. No one is above the law and all the requirements of justice will be fulfilled with NAB as the government has never hindered the accountability process at any stage, she said.

Responding to a question, the Special Assistant said that PM Imran Khan accords opportunity to every party-member to speak up his or her mind and it is only possible in the PTI to criticise party policies. There is a dictatorship in other parties and there is no room for any criticism or independence of opinion, she said. She asserted that Imran Khan will become a stumbling block if anybody tries to seek relief through government authority.

She urged the opposition to present an alternate policy instead of a spade of criticism. The government is facing challenges of corona, price-hike and unemployment. There is no ill will with the opposition and it should lend a helping hand to the government to ameliorate the lot of the common man, she said.