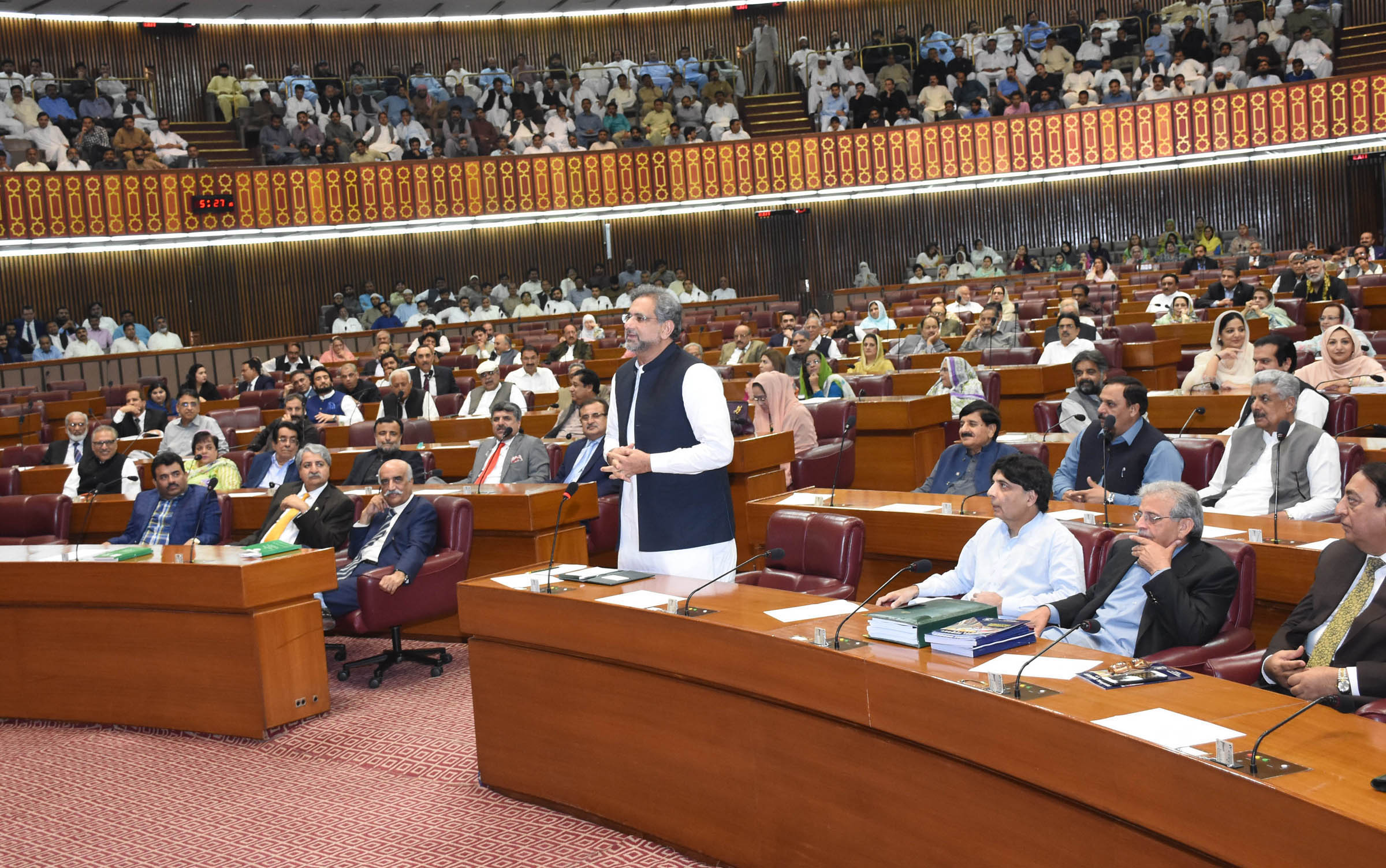 ILAHORE: PML-N’s Shahid Khaqan Abbasi and National Assembly Speaker Asad Qaiser had a heated exchange of words during a session of the Lower House on Tuesday.

Members of the government and the ruling PTI had sharply criticised Abbasi for threatening to hit Speaker Asad Qaiser with his shoe after the two exchanged harsh words during Tuesday’s National Assembly session.

The letter states that the speaker has taken serious note of Shahid Khaqan Abbasi’s misbehavior and disregard of Chair and accepted parliamentary norms.

Letter further said that Shahid Khaqan Abbasi is required to tender apology and explain his position within seven days of receipt of the letter and if reply is not received within such time, it will be presumed that the PML-N leader has no explanation to offer.

Earlier,  speaking about the government holding negotiations with the banned Tehreek-e-Labbaik Pakistan, he said.

Prime Minister Imran Khan did not mention the clashes even once, Abbasi said while speaking to the media on Tuesday. “The person responsible for it is not willing to accept it,” he remarked.

He questioned why the government decided to hold talks with a group it has banned. You never see such behaviors in any democracy.

We need to discuss who promise to expel the French ambassador to Pakistan. “This should be discussed in Parliament.” He remarked that such promises should have been made in the Parliament where national issues are discussed.

The heated exchange between the two continued for some time before Abbasi returned to his seat and expressed his reservations regarding the resolution.