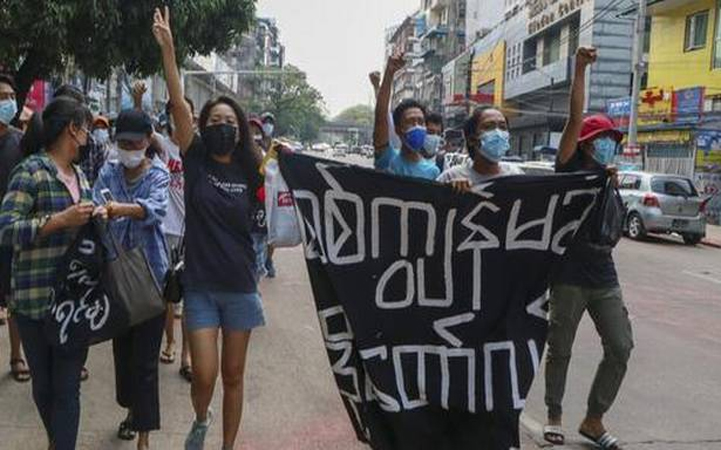 It is unclear if such moves are having any impact as the military escalates its efforts to crush opposition to its seizure of power. Myanmar’s economy is already in crisis, worsened by the coronavirus pandemic and by the mass civil disobedience movement that arose following the Feb. 1 coup. The EU said the number of individuals sanctioned was expanded to 35 people it said were responsible for undermining democracy and the rule of law, for repressive decisions and for serious human rights violations. The two military-controlled companies, Myanma Economic Holdings Public Company Ltd. (MEHL) and Myanmar Economic Corp. (MEC), have vast holdings in many industries and help to fund the military. All are subject to having their assets frozen, travel banned and other measures. EU citizens and businesses are banned from doing business or providing funds to them without special permission.

“Today´s decision is a sign of the EU´s unity and determination in condemning the brutal actions of the military junta, and aims at effecting change in the junta´s leadership,” the EU said in a statement.

“Today´s decision also sends a clear message to the military leadership: continuing on the current path will only bring further suffering and will never grant any legitimacy,” it said. Since the coup, security forces have killed at least 738 protesters and bystanders, according to the Assistance Association for Political Prisoners, which monitors casualties and arrests. It says more than 3,200 people are still detained, among the nation’s deposed civilian leader Aung San Suu Kyi and President Win Myint.