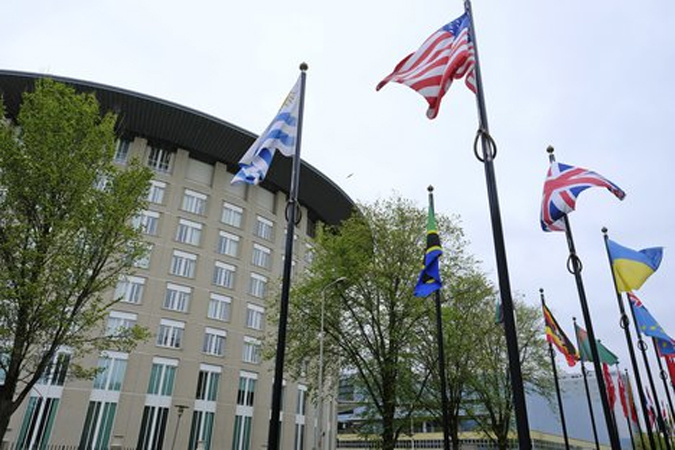 The world’s chemical weapons watchdog will decide this week whether to impose unprecedented sanctions on Syria for its alleged use of toxic arms and failure to declare its arsenal.

Member states of the Organisation for the Prohibition of Chemical Weapons (OPCW) will weigh a French proposal to suspend Syria’s “rights and privileges” at the body, including its ability to vote.

Damascus is accused of failing to answer key questions after an OPCW probe last year found Syria attacked a rebel-held village with the nerve agent sarin and the toxic chemical chlorine in 2017.

“Syria´s refusal to faithfully deliver the requested information cannot and must not remain unanswered,” the European Union said in a joint statement to the United Nations last week.

“It is now up to the international community to take appropriate action.”

If approved by the meeting of the OPCW’s 193 member states at its headquarters in The Hague, it would be the first time the watchdog has used its maximum available punishment.

The three-day meeting opens on Tuesday and diplomatic sources told AFP that the vote is expected on Wednesday or Thursday.

Syria has rejected all the allegations and said the attacks were staged.

Damascus and its ally Moscow have accused Western powers of using the OPCW for a “politicised” campaign against them.

Syria ‘to be held accountable’

Syria agreed in 2013 to join the OPCW and give up all chemical weapons, following a suspected sarin attack that killed 1,400 people in the Damascus suburb of Ghouta.

But an OPCW investigation found in April last year that the Syrian air force was responsible for sarin and chlorine bombings on the village of Lataminah in 2017.

Damascus then failed to comply with a 90-day deadline by the OPCW’s governing body to declare the weapons used in the attacks and reveal its remaining stocks. France in response submitted a motion backed by 46 countries calling for the regulator to freeze Syria’s rights at the watchdog.

Pressure mounted on Syria last week after a second investigation released by the OPCW found that it had also carried out a chlorine bomb attack on the rebel-held town of Saraqib in 2018.

World powers sparred at the United Nations last week over the issue.

“I say this with gravity, it is time for the Syrian regime to be held accountable,” Nicolas de Riviere, the French ambassador to the UN, told the world body last week. “I call on all states parties to the Chemical Weapons Convention to support this draft decision.”