* The biggest factor being that Mia, who appeared in the 2020 movie 'Shadows,' has a different last name from her mother's 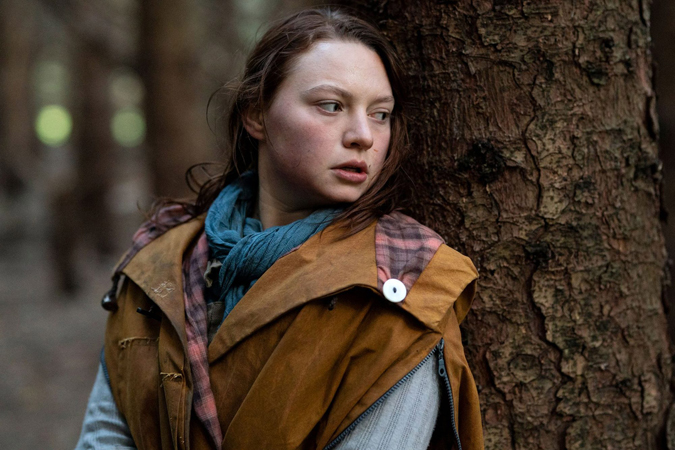 Like mother, like daughter! It’s safe to say Kate Winslet is one proud momma because she recently raved over her daughter Mia Threapleton’s acting career. However, the Mare of Easttown star pointed out that her daughter’s road to Hollywood has been mostly “under the radar” because no one has noticed they’re related.

The biggest factor being that Mia, who appeared in the 2020 movie ‘Shadows,’ has a different last name from her mother’s. Kate shares Mia with her ex-husband and British filmmaker, Jim Threapleton.

“Mia’s 20 and acting,” the Oscar winner gushed during an interview with Lorraine Kelly on Monday, April 19. “She’s away just now in the Czech Republic about to start work on a TV series over there.” “That’s been a wonderful thing… I think I knew [sic] was coming, I always suspected,” the Titanic alum explained of her daughter following in her footsteps. “And then a few years ago she turned around and said, ‘I think I would like to give it a go.'”

Kate added that because she and her daughter have different last names, Mia earned her first major acting role all on her own.

‘Mia’s 20 and acting,’ the Oscar winner gushed during an interview with Lorraine Kelly on Monday. ‘She’s away just now in the Czech Republic about to start work on a TV series over there’

“What’s been really great for her is that she has a different surname, so that initial job out of the gate, she slipped right under the radar and the people who cast her had absolutely no idea she was my daughter,” the 45-year-old actress shared. “And, of course, that was my biggest fear.”

But as Kate described, it was “most important for her self-esteem” to get the job without having to rely on her mom’s Hollywood connections.

Last November, Mia opened up about her Shadows role in an interview with Variety. She revealed the movie was “the first film I’d received an audition for and the first script I had ever been given to read.”

“I had just finished school, was free of exam hell, and felt excited, nervous and ready to start auditioning for things, and hoping that the opportunities to audition would come my way,” she told the publication. “I just hoped I would get the chance to do what I had wanted to do for so long!”

Of the script and audition, Mia said she “couldn’t believe my luck.” As she put it, “I read it and didn’t put it down, which is admitting a lot because I’m dyslexic and that means I have to read slowly and steadily to be able to absorb things fully sometimes.”

And contrary to popular belief, the rising star confessed she didn’t spend much time on her mother’s film sets.

“It was always a special treat,” Mia explained of the rare moments she’d be at work with Kate, adding, “It’s a very different experience when it is happening to you, and not just something I was getting to observe from time to time. I really understand why my mum has always impressed on us how hard the work is. She is right! And I loved every second of it.”

Kate is also the proud mom to Joe Mendes, 17, whom she shares with ex-husband and filmmaker Sam Mendes. She and her husband Edward Abel Smith welcomed a son together in 2013, Bear Blaze Winslet, 7.