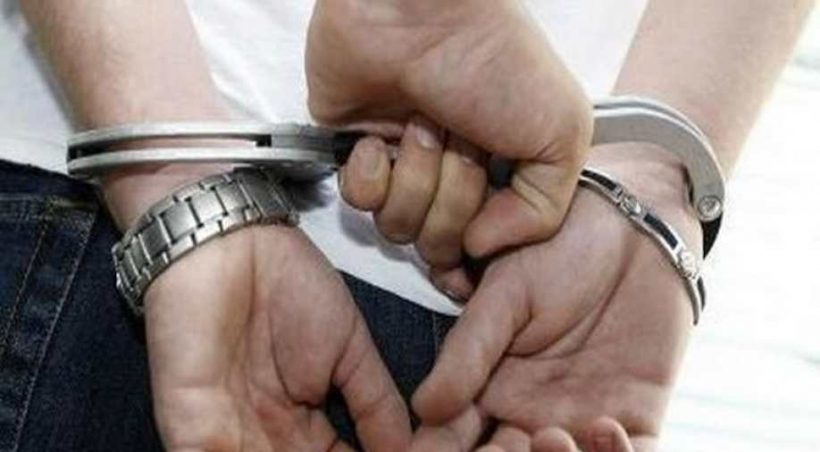 DIG Counter Terrorism Department (CTD), Umar Shahid, in a media talk on Monday said that five terrorists have been arrested, including two suicide bombers, in a raid near Jamshoro.

He said that the accused informed during the investigation that they had planned an attack on the Police Training College Saeedabad in Karachi.

“The Rangers and intelligence teams had been working against this terrorist cell for some time. The terrorists had returned from Afghanistan to Pakistan,” Umar Shahid said.

Rangers’ Colonel Shabbir talking to the media said, “We completed this operation yesterday. The head of the terrorist group had Afghanistan’s passport. During the Swat operation he had returned back to Afghanistan with his family,” Colonel Shabbir said. “The law enforcers have also recovered a map of Saeedabad and relevant video from the accused,” the Rangers official said.

“It seemed the terrorists had made reconnaissance for their attack in Karachi,” the DIG CTD official said. “They had returned to Karachi for a terrorist attack.” “They had also operated earlier in Karachi. Two suicide jackets, six hand grenades and three sub-machine guns (SMGs) have been recovered from their possession,” the CTD chief added.

Separately, Karachi police on Monday arrested a terrorist associated with the banned TTP in Malir area.

According to Senior Superintendent of Police (SSP) Malir Irfan Bahadur, the police party in a raid in Malir area arrested a hardcore terrorist belonging to TTP. The terrorist named Usman Ghani alias Irfan is associated with TTP’s Bajauri group and was trained from Afghanistan.

Usman went to Afghanistan for training in 2019, where he met Taliban Commander Qari Ubaidullah alias Qari Saqib, said the SSP and added that the terrorist knows the hidden ways to reach Afghanistan from Bajaur.

The arrested terrorist was involved in an attack over security forces in Charmang area of Bajaur, in which a sepoy was martyred. He was in contact with accomplices through Facebook, said the SSP.

Illegal weapons and bullets have been recovered from the custody of the arrested. Sources claimed that interrogation from the TTP terrorist is underway and more arrests are also expected in near future, he added.