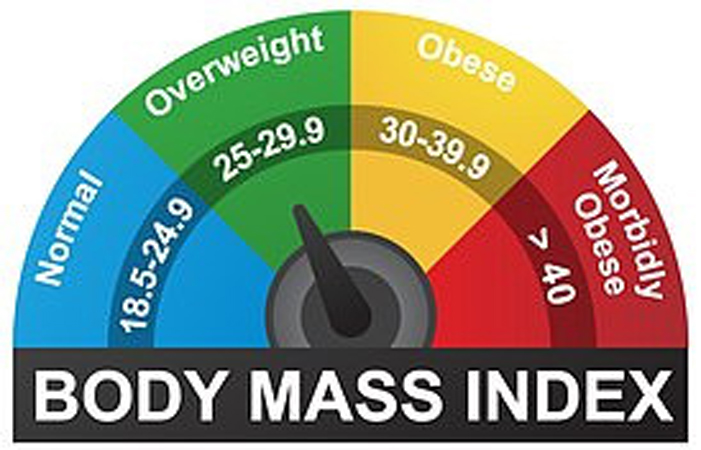 A woman’s risk of experiencing consecutive miscarriages increases by 70 per cent if they are clinically obese rather than of a healthy weight, a study has warned. Researchers from Southampton conducted a review into various existing studies on recurrent pregnancy loss, as to explore what lifestyle factors might be involved.

People who are overweight or underweight — that is, have a body mass index (BMI) between 25–30 or under 18.5, respectively — are also at increased risk.

Miscarriage is the most common complication of early pregnancy, and sadly affects around 15–20 per cent of expectant mothers. Recurrent pregnancy loss, meanwhile, is defined as when a women has two or more consecutive early miscarriages.

It is a complex disease and — although often attributed to numerous medical factors and lifestyle influences — remains unexplained in around half of all cases. The review was conducted by health researcher Bonnie Ng of the University of Southampton and her colleagues. ‘Our study included sixteen studies and showed that being underweight or overweight significantly increases the risk of two consecutive pregnancy losses.

‘For those with BMI greater than 25 [overweight] and 30 [obese], their risk of suffering a further miscarriage increases by 20 per cent and 70 per cent, respectively,’ she added. Alongside the risk to women who are overweight or obese, the researchers also warned that there are higher occurrences of successive miscarriages among those people who are underweight, with a BMI score of less than 18.5.

Alongside BMI, the team also set out to assess the impact of other factors — including smoking habits and levels of alcohol and caffeine consumption. However, this endeavour was complicated by the inconsistencies of results from a small number of studies — as well as the limited diversity of women enrolled to participate in such. ‘Our study did not find any associations between recurrent pregnancy loss and lifestyle parameters such as smoking, alcohol and caffeine intake,’ said paper author, and obstetrician/gynaecologist George Cherian of the Princess Anne Hospital.

She added: ‘further large-scale studies are required to clarify this.’

The team cautioned that more observational and clinical research will be needed to establish the full impact of different lifestyle choices on pregnancy outcomes — but concluded that weight is one risk factor that merits attention. ‘Our findings suggest that having an abnormal BMI exacerbates a woman’s risk of suffering from repeated miscarriages,’ said paper author and reproductive medicine expert Ying Cheong of the University of Southampton. ‘Clinicians really need to focus on helping women manage this risk factor.’ The full findings of the study were published in the Scientific Reports.

Obesity is defined as an adult having a BMI of 30 or over. A healthy person’s BMI – calculated by dividing weight in kg by height in metres, and the answer by the height again – is between 18.5 and 24.9. Among children, obesity is defined as being in the 95th percentile. Percentiles compare youngsters to others their same age.

For example, if a three-month-old is in the 40th percentile for weight, that means that 40 per cent of three-month-olds weigh the same or less than that baby. Carrying dangerous amounts of weight has also been linked to 12 different cancers. This includes breast, which affects one in eight women at some point in their lives. Among children, research suggests that 70 per cent of obese youngsters have high blood pressure or raised cholesterol, which puts them at risk of heart disease. Obese children are also significantly more likely to become obese adults. And if children are overweight, their obesity in adulthood is often more severe.