Sending ambassadors back will not end Islamophobia: PM 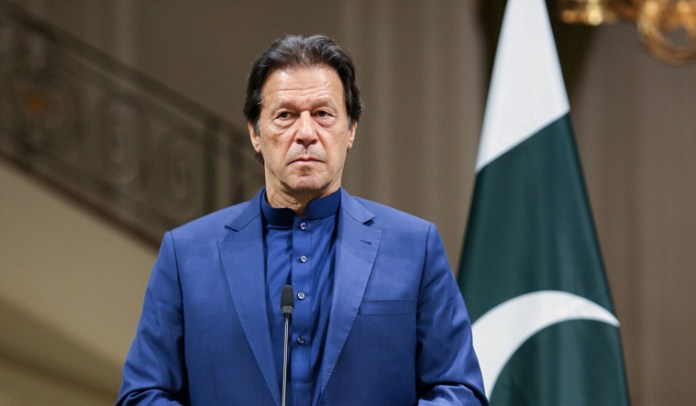 Prime Minister Imran Khan on Monday addressed the nation, a day after over a dozen police officers were taken hostage by the supporters of a banned outfit in Lahore.

During his address, PM Imran Khan reminded the nation that Pakistan was built on the principles of Islam. He stressed that the government is on the same page with the TLP regarding the protection of Prophet Muhammad (PBUH)’s honour, however, expelling the ambassador of France is not the solution to Islamophobia.

After much difficulties, the country’s economy is reviving, the rupee is stabilising, inflation in coming down, if we sever ties with France it will mean that our ties with the EU will be severed and doing so will hurt Pakistan’s textile industry as most of our textile products exported to European countries,” he added.

“Will expulsion of French ambassador and cutting ties with them will stop this (blasphemy). Is there any guarantee that no one will do it again. I guarantee, if Pakistan does it (expels French envoy). I know the west. If Pakistan does it, some other Europen country will do it again in name of freedom of expression,” the prime minister said in his televised address to the nation.

Referring to the protest demonstrations by Tahreek-e-Labbaik Pakistan, amidst their negotiations with the government, the prime minister said the riots had killed four police personnel, injured another over 800, 40 police vans were gutted besides damage to private properties.

He said though the objective of the government and TLP was to get rid of the blasphemy, the latter’s approach was counter-productive.

“When we will expel French ambassador and cut ties, it means we will cut ties with whole of European Union. This means half of our textile exports will come down. This will create unemployment and rupee will be under pressure thus creating inflation and poverty. We will be on losing end, not France,” the prime minister remarked.