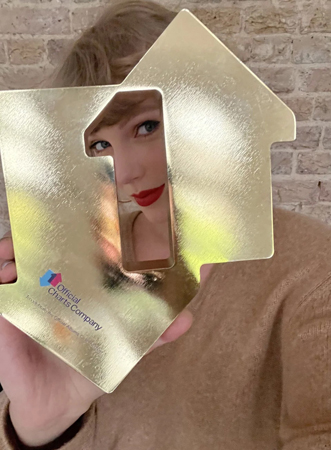 Taylor Swift’s re-recording of her album Fearless has topped the UK album chart and snatched a long-held record from The Beatles. The album, titled Fearless (Taylor’s Version), was recorded following a high-profile row over the ownership of her master recordings with prominent talent manager Scooter Braun.

It is her third chart-topping album in the space of just 259 days, following surprise releases Folklore in July and Evermore in December, and it has set a new record for the fastest accumulation of three number ones, according to the Official Charts Company.

Swift shared the news with her Twitter followers alongside heart emojis.

The record was previously held by The Beatles for 54 years – the band notched up a trio of chart-toppers in 364 days between 1965-1966, with Help!, Rubber Soul, and Revolver.

Swift is the first solo artist to ever rack up three number one albums in the space of a year.

The original Fearless album was released in 2008 when Swift was an 18-year-old country music star.

She is in the process of re-recording her back catalogue following the sale of her old record label and a dispute over her masters.

The new recording contains 26 songs, compared to the original’s 13, and Swift has said the extra material includes songs that were left off the original album for reasons including “too many break-up songs” and not being able to fit that much material on a physical CD.