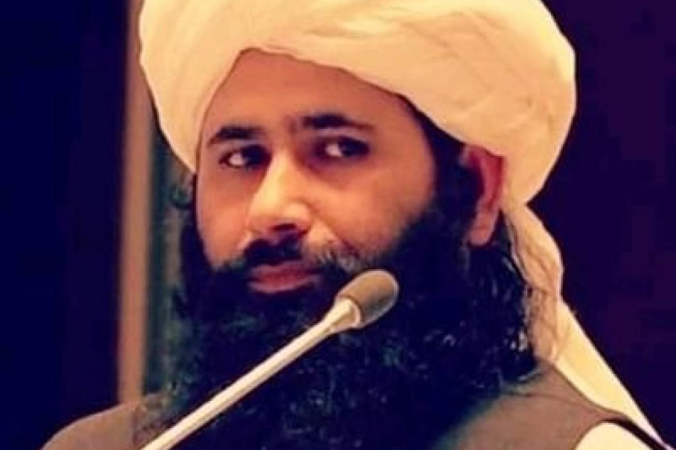 Taliban spokesman Mohammad Naeem said on Sunday the Taliban are taking a review of all issues after the US announcement to delay withdrawal of all forces for four months.

Naeem was responding to a query if the Taliban would attend the upcoming meeting in Turkey that is scheduled to start from April 24 and continue until May 4 between representatives of the Afghan government and the Taliban.

The Taliban spokesman announced last week that the Taliban will not attend any international conference that will take decisions about Afghanistan until all forces quit Afghanistan. The Taliban had earlier shown their inability to attend the meeting in Istanbul on April 16 as their consultations were not completed.

“We are now reviewing all matters following the US decision to change the withdrawal time-table,” Naeem told Daily Times when asked if the Taliban will participate in the conference on new dates.

The Taliban are in a fix whether or not to attend after they accused the Biden administration of violating the Doha Agreement under which all foreign forces would leave Afghanistan by May 1.

The Taliban spokesman, however, said as the US has not withdrawn from the 2020 agreement thus the Taliban are also “committed” to the deal.

A latest Taliban commentary posted online on Sunday in a veiled reference to Turkey’s meeting urged the US to refrain from organizing further mysterious and conspiratorial gatherings as they are futile for the establishment of peace.

The Taliban defended their previous decision to stay away from the April 16 Turkey’s conference and said the Taliban’s decision “is correct” for the reason that the forty year-old Afghanistan issue cannot be resolved through “hasty conferences” called under emergency and nor is it appropriate to participate in gatherings whose project, program, time and place has been decided unilaterally.

“A mistake aside from this was to use the force of propaganda to pressure the opponent,” the commentary titled “Taliban again prove their self-determination” said.

Turkey, Qatar and the United Nations, the co-conveners of the high level and inclusive conference, announced on Wednesday new dates for the conference. A joint statement said the overriding objective of the Istanbul Conference on the Afghanistan Peace Process is to accelerate and complement the ongoing intra-Afghan negotiations in Doha on the achievement of a just and durable political settlement.

Being a host country, Turkey is making efforts to ensure the Taliban participate in the meeting. Turkey is part of the US-led NATO with a strong contingent of 600 troops. Like many other Islamic countries, Turkey’s role in the peace process is almost zero and Taliban leaders also cite Turkey as host to their arch-rival Uzbek leader Abdul Rashid Dostam. The US special envoy Khalilzad recently met Dostam in Turkey.

Turkish President Recep Tayyip Erdogan spoke to Prime Minister Imran Khan via telephone on Thursday and it is believed the conference was one of the main items both leaders discussed.

American Secretary of State Anthony Blinken in his last month’s letter to President Ashraf Ghani was confident that both sides will “finalize a peace agreement” during the Istanbul meeting.

Mr Blinken is optimistic but he has not explained as to how both sides will reach an agreement? The Istanbul conference is being called a ‘Second Bonn’ as it is believed that fundamental decisions regarding the future of Afghanistan would take place in this conference including the future political system, interim government and ceasefire.

President Ashraf Ghani and the High Council for National Reconciliation, headed by Dr Abdullah Abdullah, have prepared their own plans to be presented in the conference. A widely-publicized plan of US special envoy Zalmay Khalilzad is likely to come under discussion that has also outlined an interim government to end the conflict.

Taliban political envoys earlier said they were also involved in consultations with the leaders to prepare their plan for the conference. But the Taliban have not yet taken a final decision to participate in the meeting.

The Taliban are also upset at the US failure to secure the release of nearly 7,000 Taliban prisoners who were supposed to be freed in three months after signing of the Doha agreement. Similarly names of the Taliban leaders have not yet been removed from the United Nations sanctions list that was also promised in the agreement. The Afghan government has refused to release more Taliban prisoners in view of lack of progress in the peace process and that many of the freed Taliban have returned to fighting.

On its part, the US accuses the Taliban of not honoring commitments to reduce the level of violence and to cut ties with al-Qaeda. The Taliban have rejected calls for a ceasefire but have now proposed a three-month Reduction in Violence (RIV).

Taliban spokesman Mohammad Naeem said this month that the US has “hailed” the RIV’s proposal, however, no final decision has yet been taken about the proposal. Some sources close to the Taliban say they have attached some conditions with the RIV proposals that include release of their remaining prisoners and removal of their leaders from the UN sanctions.