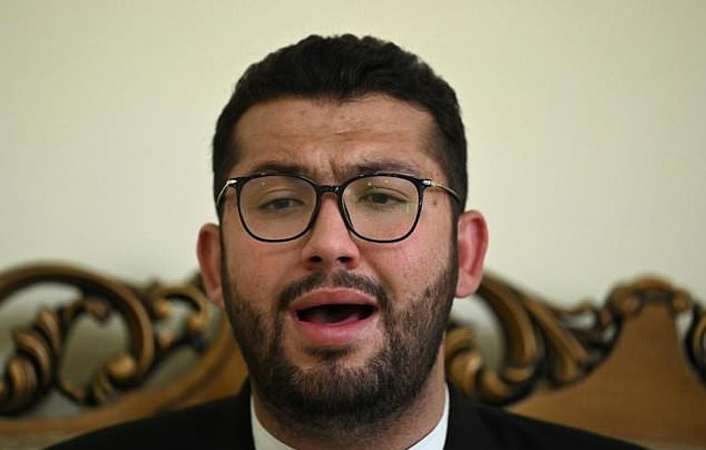 To master the art of Holy Quran recitation, 21-year-old Hassan Ali Kasi had to follow a strict regime of yoga, hours of rehearsing vocal scales — and a total ban on biryani.

His dedication is paying off, and he was recently named champion of an international online qari competition hosted by Afghanistan, where he was up against men from 25 other countries.

Revered in Pakistan, qaris are professional reciters of the Holy Quran, called upon to lead prayers at mosques and also to teach the Muslim holy book to students.

They are in particularly high demand during Ramadan, the Muslim Holy month of fasting currently being observed around the world.

“It was a job of the prophets,” Ali Kasi told AFP in the capital, Islamabad.

“One of the very first elements of preaching was recitation. It is as old as Islam.”

Qaris require perfect Arabic pronunciation, a difficult feat in Pakistan where Urdu is the national language.

A finesse of rhythm and intonation produces the slow, melodic sound similar to the distinctive azaan, or call to prayer, delivered through loudspeakers from the top of mosques five times a day.

Recitations during competitions can last for 15 minutes, so Ali Kasi practises yoga to help with breath control, and vocal exercises to strengthen his voice.

“A qari should be able to recite for a minimum of 50 seconds without taking a breath,” said Ali Kasi, an Islamic Studies student at a university in the capital.

“The throat is very sensitive, a qari should avoid cold water and fatty food as it produces too much mucus, which causes abrasion when you touch high notes,” he cautioned.

He was tutored in the Holy Quran by his father, and his recitation skills quickly earned him recognition at national level where he won numerous awards before making it onto the international stage.

‘The voice is a gift from God’

Many qaris emerge after being taught at religious schools known as madrassas, where young boys are taught to memorise the Holy Quran — often with little understanding of the Arabic language and also at the expense of other subjects.

Education activists say the colossal effort that can often take years to master fails to prepare students for the workforce.

But for millions of boys in impoverished and deeply conservative Pakistan, it is the only schooling available, providing free shelter, clothes and food.

Boys who complete their studies can go on to become teachers or lead prayers at mosques around the world — even if they earn little money from it.

“One has to be meticulously hardworking,” said Abdul Qudus, from the Wafaq-ul-Madaris al-Arabia, the country’s largest group of madrassas.

“The voice is a gift from God, but one has to polish it.”

He said hundreds of prayer leaders in the Middle East are madrassa graduates, while others are now teaching the Holy Quran online to Pakistanis living overseas in Europe or America.

Ali Kasi, who spends hours practising verses ahead of competitions, said quality teachers were the key to his winning voice.

“When you follow a good qari, you can spread your voice across the world,” he said.